The 39th Annual Pirate’s Cove Billfish Tournament (PCBT) had it’s fair share of twists and turns, but it was ultimately Country Girl, a 57 Buddy Cannady run by Captain Charles Foreman, that finished as the top daily boat on Day 4 and secured the 2022 PCBT title.

“We had a triple blue marlin up first thing this morning but only one ate,” Country Girl mate Lee Collins told Capt. Dave Lear of PCBGT.com. “We had a pair of sails up later and pulled one off and caught the other. Then we picked up a single sail at the very end of the day. We got lucky and we got blessed. This is the best of the best and it is an honor to fish in this fleet.”

A total of 28 billfish were tallied on the final day of the 2022 event: 11 blue marlin, 11 sailfish and 6 white marlin, all caught and released. The PCBT is a modified release event, with only trophy blue marlin eligible in the weight division.

The biggest game fish on Friday was the 75.5-pound yellowfin, caught by Joe Woodington aboard his 66 Viking, Desperado (VA). That fish was also the top tuna for the week.

The 39th annual awards were presented later Friday night at the Pavilion at the host Pirate’s Cove Marina. A total of 86 boats were competing this year for $1.04 million in prize money.

Watch the awards ceremony and view the official tournament recap below: 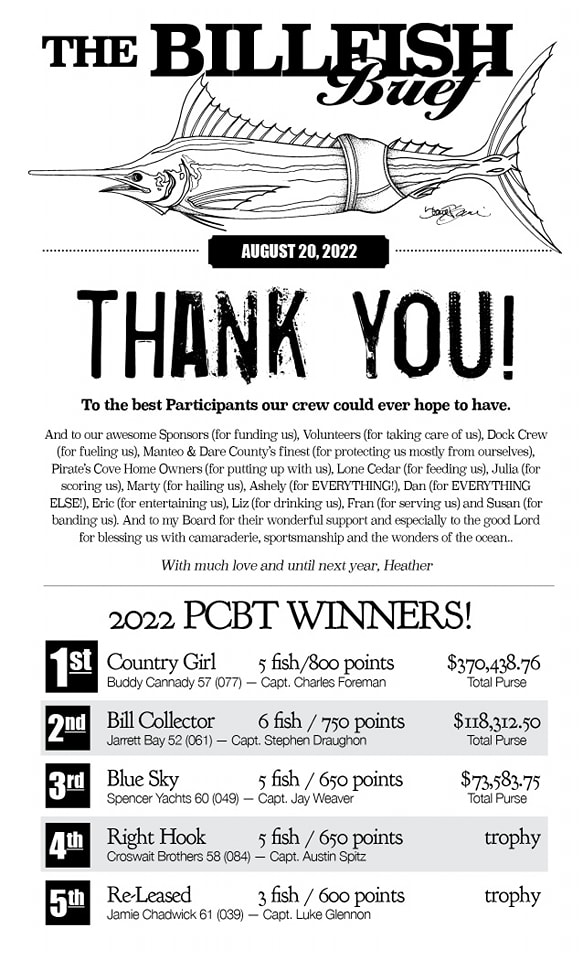 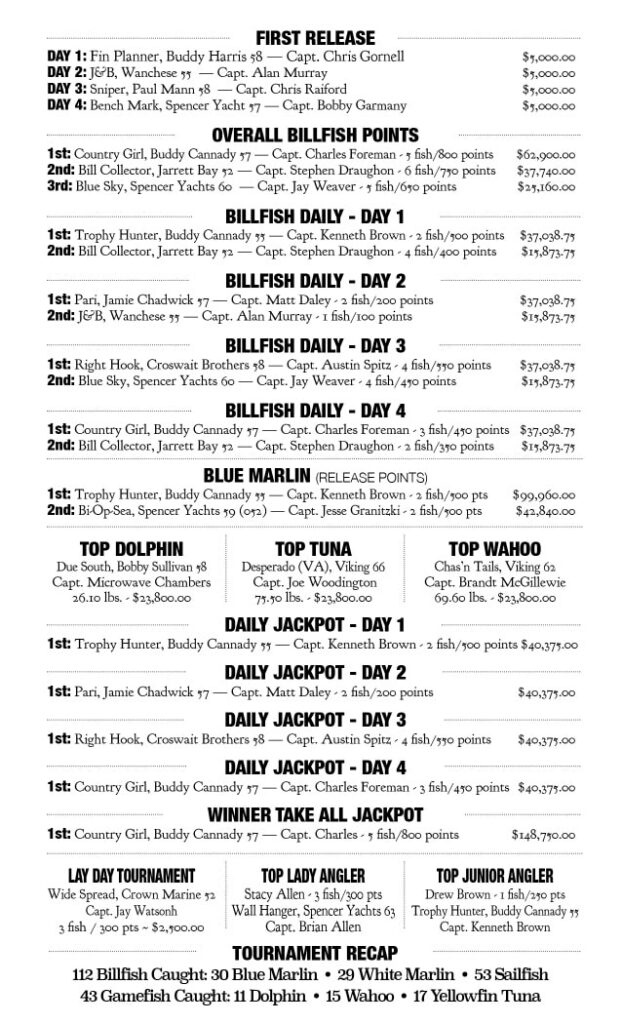