An approaching cold front will bring gusty winds to eastern North Carolina and some inland locations may hit record high temperatures on Saturday before showers and thunderstorms move through overnight and we get back to more seasonable conditions. 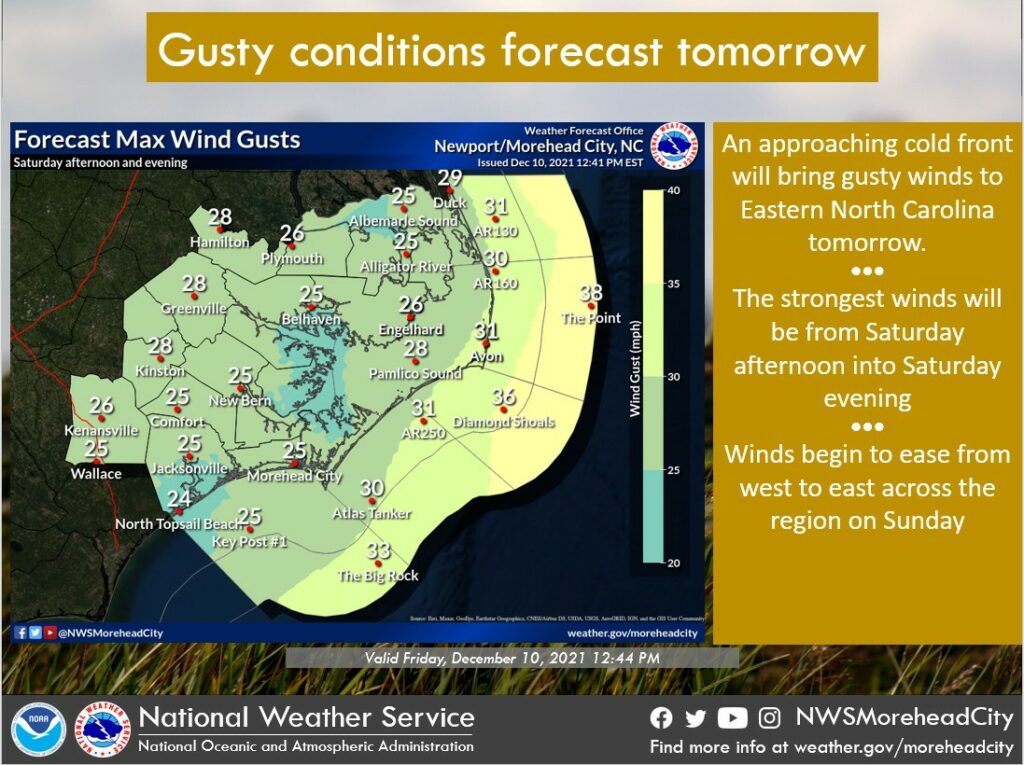 There will be a small threat of a few coastal showers and showers could sneak into the coastal plain toward evening ahead of the front, according to forecasters at the Newport/Morehead City office of the National Weather Service.

Complicating the forecast Saturday will be the potential for coastal sea fog as warm, moist air moves across the now cool shelf waters. Areas inland should be able to warm well into 70s, but the beaches may stay in the 60s if that sea fog develops.

The record high at Cape Hatteras for December 11 of 71 degrees was set just one year ago. Elizabeth City’s record high is 76, which has stood since 1971.

While showers and thunderstorms are forecast for Saturday night, we are not expected to get enough rain to bust the drought conditions that continue to keep hold on all eastern North Carolina.

Once the front passes early Sunday, dry and seasonably cool weather expected for early next week as surface high pressure prevails across the area.