Powerful waves from distant Hurricane Larry have continued to build along the Outer Banks throughout the day, and now Tropical Depression Mindy is forecast to be hanging off the southeast U.S. coast in the next few days.

And while that means great surf conditions are expected the rest of the week, it also means deadly rip currents and swimmers need to stay out of the ocean.

The third major hurricane in the Atlantic basin in just the last two weeks, Larry is forecast to still pass just east of Bermuda on Thursday, with tropical storm conditions expected for the island nation located 750 miles east off Cape Hatteras.

While Larry will still be way out to sea, a long-period south swell continues to build and is expected to last through the rest of the week. A high surf advisory will be in effect through early Saturday. 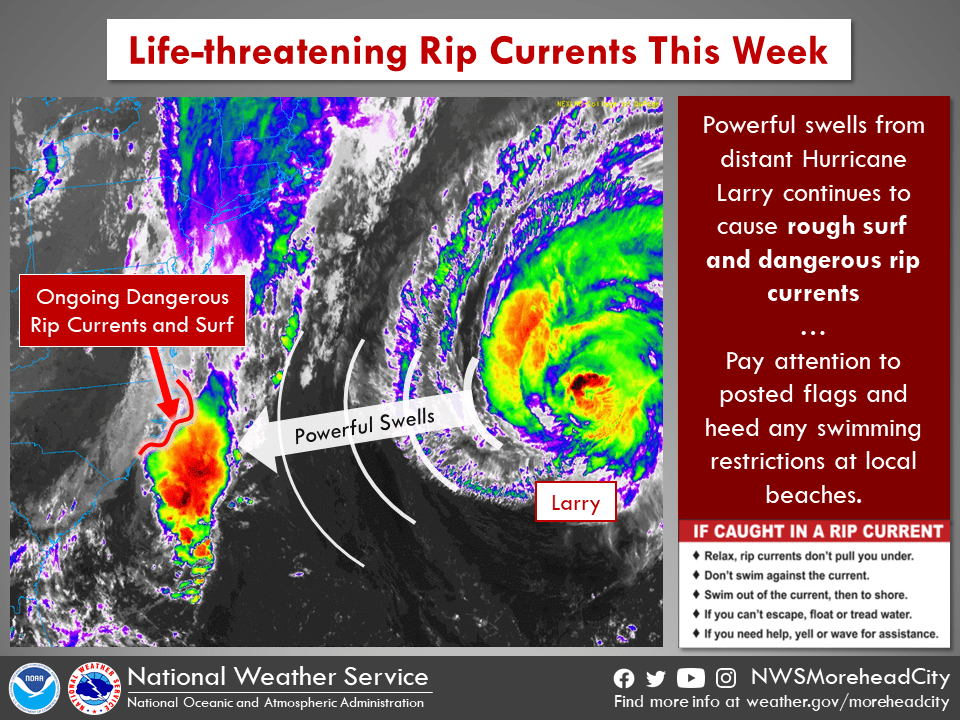 An area of disturbed weather in the northern Gulf of Mexico has become better organized, and the National Hurricane Center began issuing advisories on Tropical Storm Mindy at 5 p.m. Wednesday.

While Mindy was downgraded to a tropical depression early Thursday after making landfall along the Florida Panhandle, the added stormy weather may help to stir up the ocean even further to wrap up this week.

Large breaking waves of 8 to 10 feet are expected on Thursday along the Outer Banks.

Some very minor beach erosion and overwash at high tide along some weaker spots along the Outer Banks is possible Thursday through Saturday. 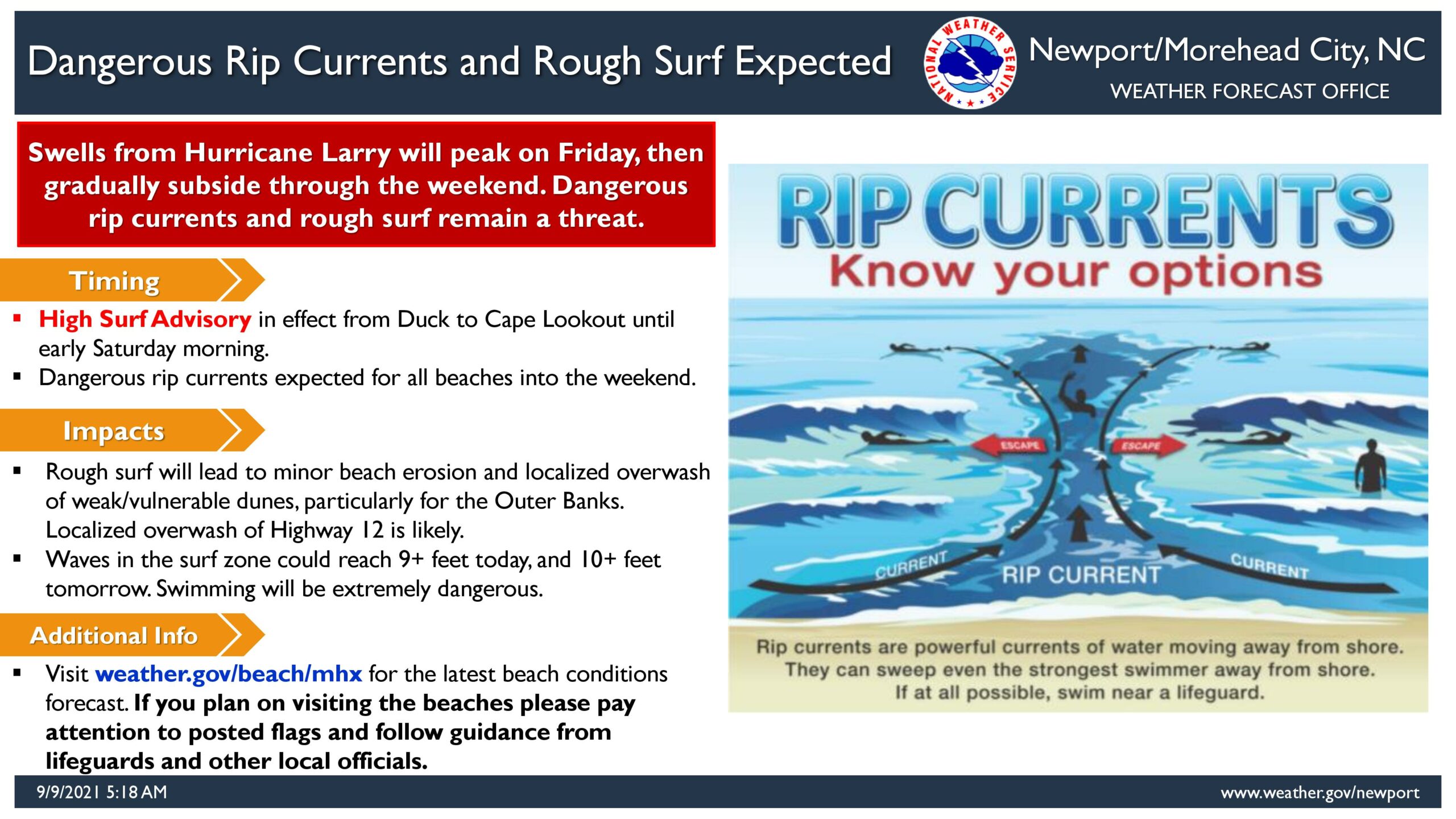 The average wave period, the time between the peak of two individual waves passing a specific point, is around 15 seconds at several weather buoys along the North Carolina coast. That means those waves are moving at nearly 30 mph.

“This speed and the deeper influence is why longer period surf zone breakers are so much larger than shorter periods,” Colby said. “That allows the waves to ‘tower-up’ as they encounter the slope of beach in the surf zone.”

“The pushing of excess water on the beach side of the sandbar the rest of this week will force sandbar breaks and strong rushing rip currents even an Olympic swimmer could not overcome head-on,” said Michael Colby, a forecaster at the National Weather Service office in Wilmington.

Swimmers are strongly advised not to enter the ocean today, and several towns have already started flying No Swimming flags. Those who ignore the flags can be cited by police and face a stiff fine.

Surfers and bodyboarders with higher-grade boards and leashes are still allowed in the ocean.

Our red "no swimming" flags 🚩 are a critical ocean safety tool. Please do not steal them❌. Leave them in place so others are aware of the dangerous conditions and that swimming in the ocean is prohibited. #nagshead #nagsheadnc #obx #oceansafety pic.twitter.com/8fVG9v9JXc

Even just walking close to the water’s edge can be hazardous, especially for young children and older adults, as waves can rush up the sand quickly at times and clip unsuspecting beachgoers, according to Colby said.