A team of scientists last weekend exhumed the remains of a minke whale found dead on the beach at Cape Lookout more than two years ago. When the whale died, the National Park Service buried the animal in an out-of-the-way area to let the remains naturally decompose with the hope they could retrieve the skeleton later for research or for exhibition.

On Feb. 21, between rainy days, park staff and staff and interns from Bonehenge Whale Center in Beaufort set out to exhume the remains.

The National Park Service captured a series of images and video as crews used a front-end loader to locate the whale’s burial spot and then used shovels to uncover the skeleton and remote the bones. 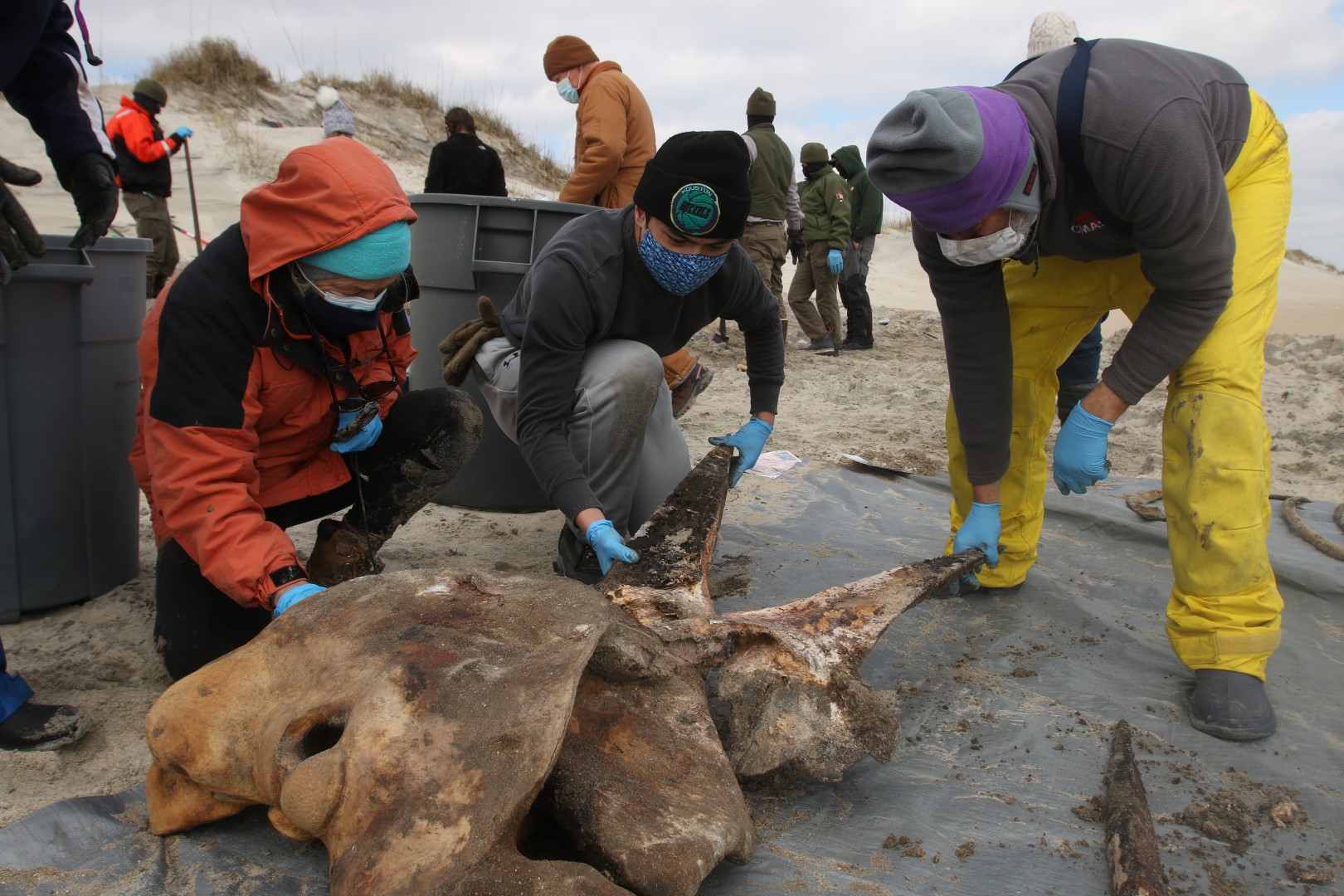