The first tropical system of 2020 took a glancing blow at the Outer Banks on Monday, as Tropical Storm Arthur moved up and then eventually off the coast.

While the worst of the weather stayed just offshore, strong winds and heavy rain still made their impacts through much of the day. 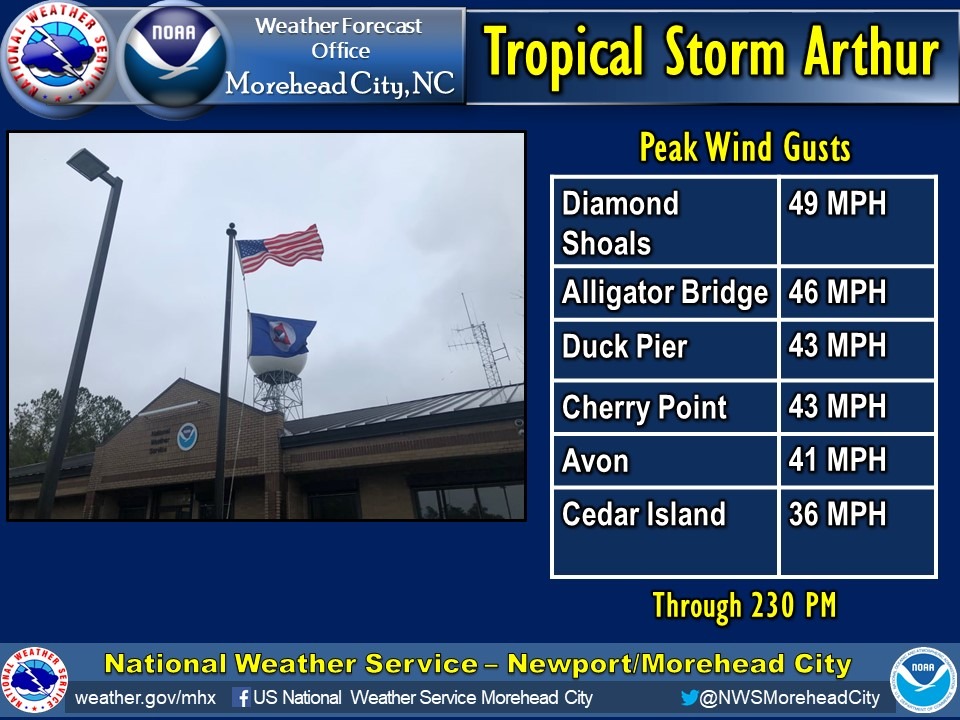 Strongest squall we've seen so far on the Currituck Sound from #Arthur pic.twitter.com/9h4EkwP92H 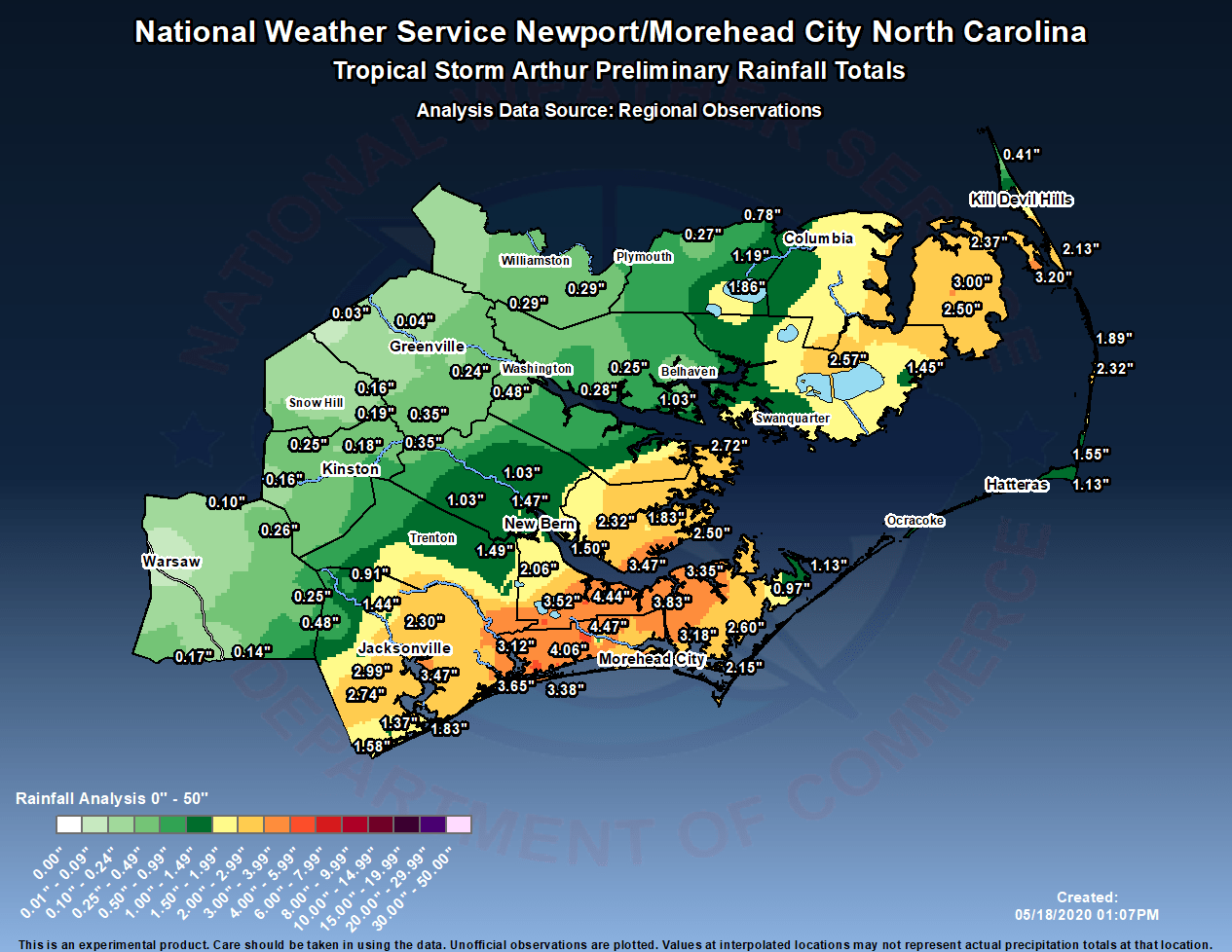 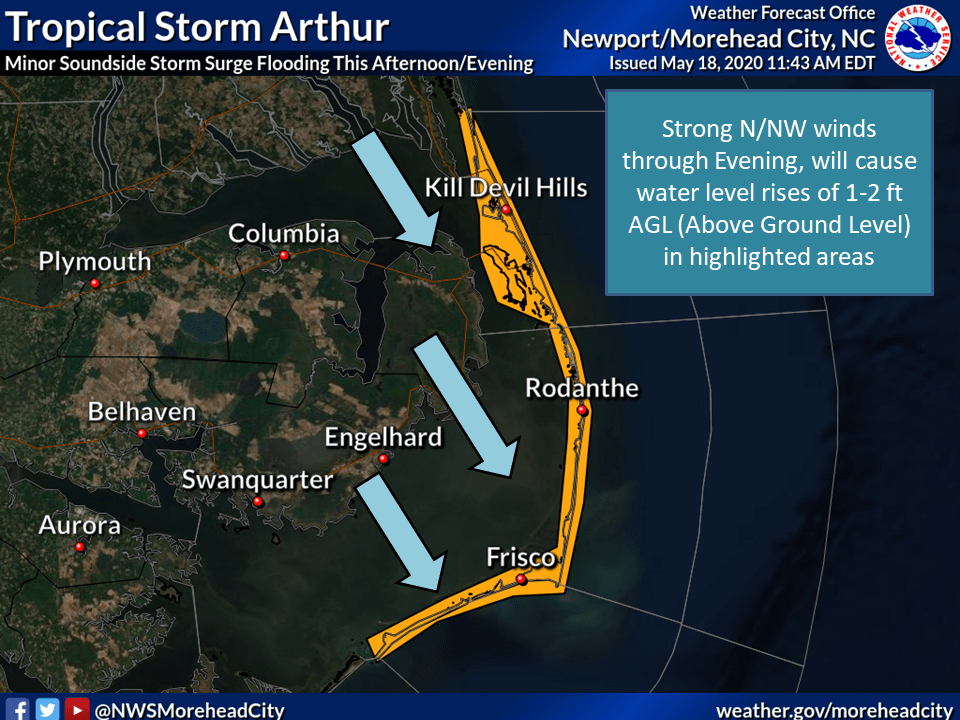 Rip currents are forecast to continue to be a problem along the Outer Banks through this week, and everyone is advised to stay out of the ocean again on Tuesday.

#Arthur has an affinity for the #OBX. Out of 7 storms named Arthur, 4 of them impacted the OBX. #13weather #13newsnow pic.twitter.com/VhfuFKQtCi

Arthur became a tropical storm 15 days ahead of the start of the hurricane season, and is the first storm in May to impact the Outer Banks since Tropical Storm Anna in 2015.

Forecasters at N.C. State University are calling for an active 2020 hurricane season in the Atlantic.