There will be a threat for heavy rain, a few thunderstorms that could become severe and minor soundside flooding from late tonight into Monday as low pressure and its associated cold front cross the region. 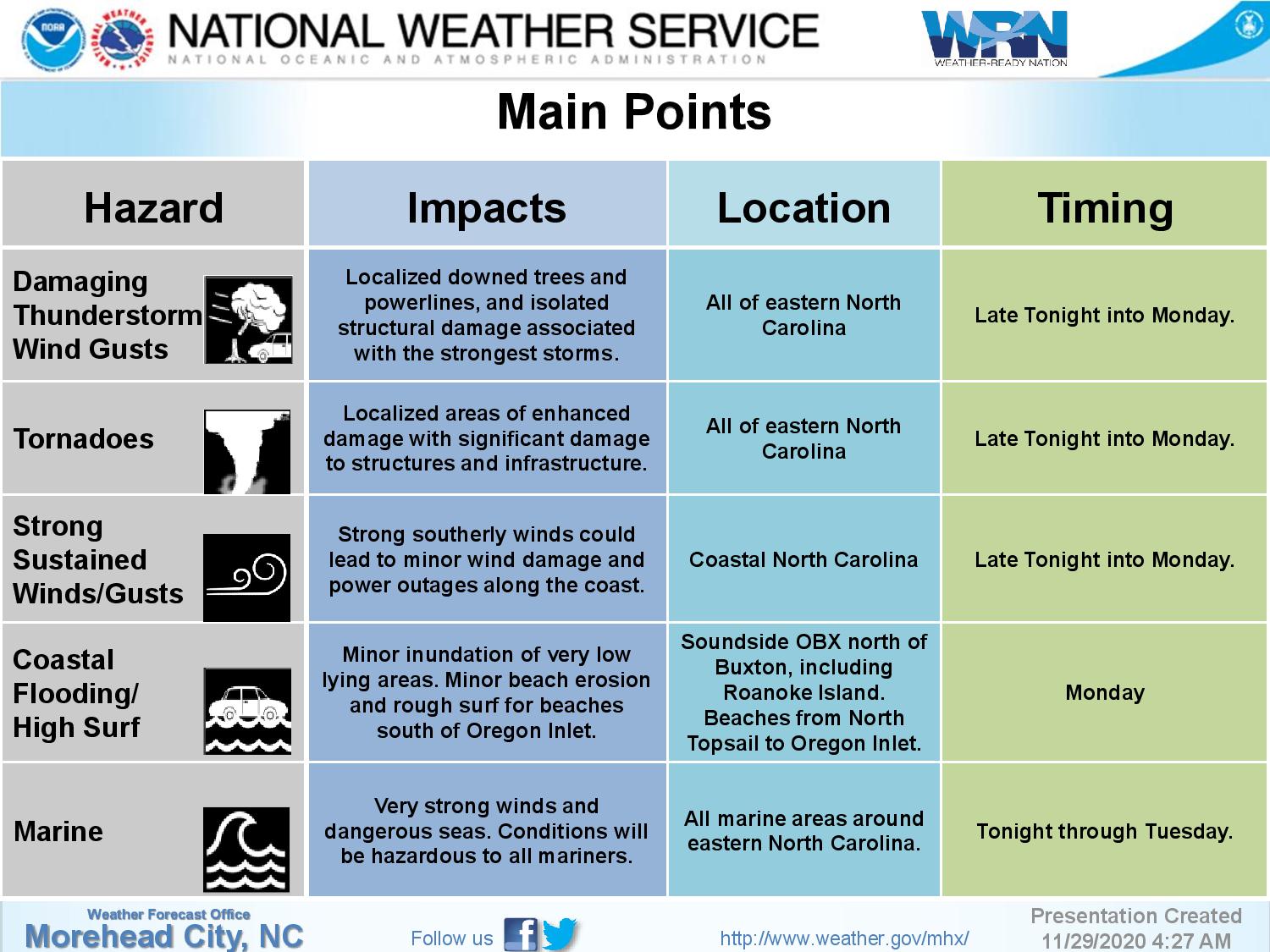 Thunderstorm wind gusts in excess of 60 mph could damage trees and power lines, resulting in scattered power outages, according to forecasters at the National Weather Service Newport/Morehead City office.

An isolated tornado will also be possible. 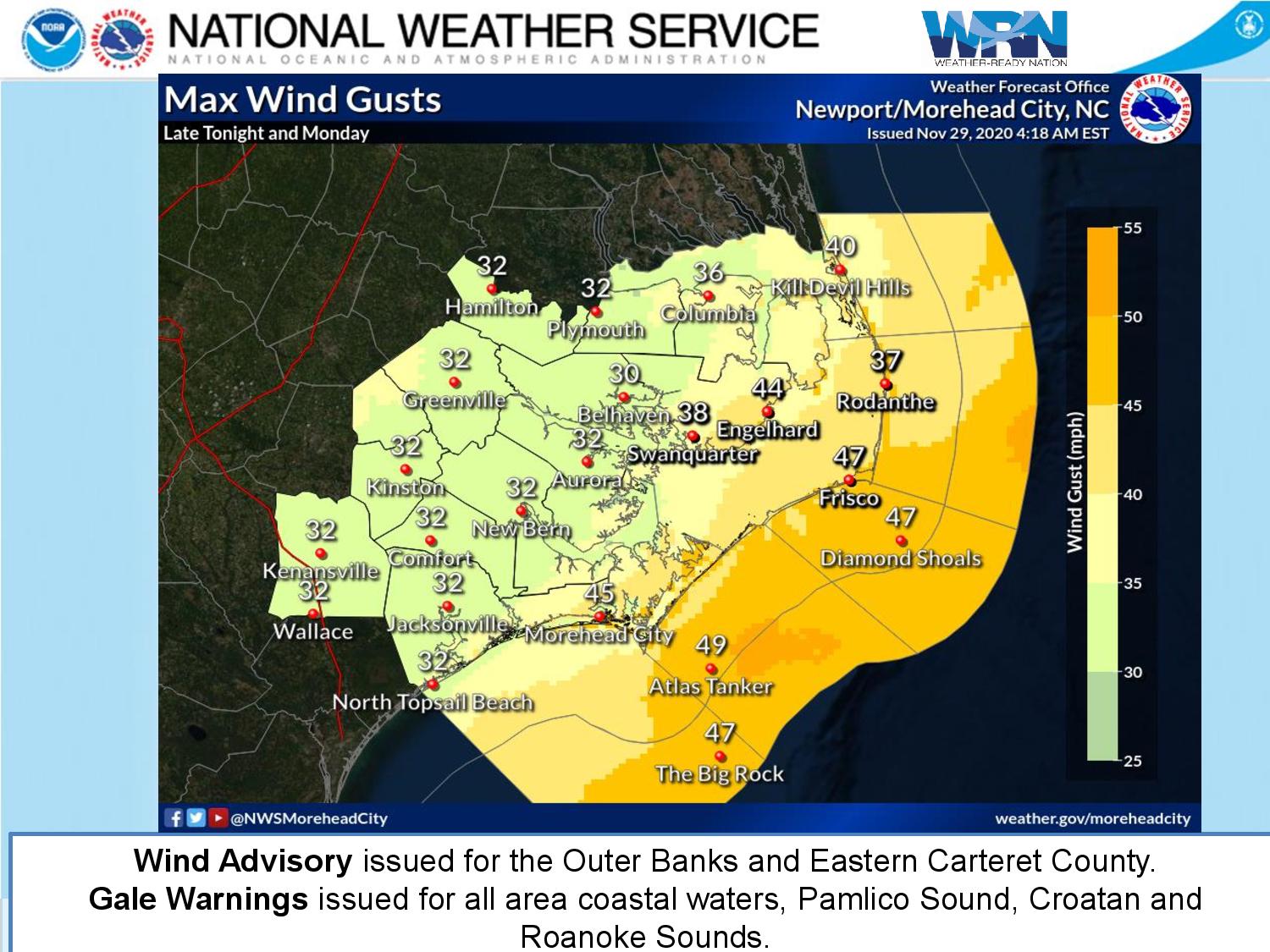 Strong south to southwest winds Monday into Monday night will produce rough surf and a threat for minor coastal flooding, with the highest water levels north of Avon to Roanoke Island. A coastal flood advisory has been issued for Monday.

Wind gusts of up 40 to 50 mph are possible in some spots, and a wind advisory has been posted for the Outer Banks from Duck to Ocracoke beginning early Monday.

Rainfall amounts of one to two inches are possible, which could cause minor flooding at normal trouble spots along N.C. 12 and other area roads. 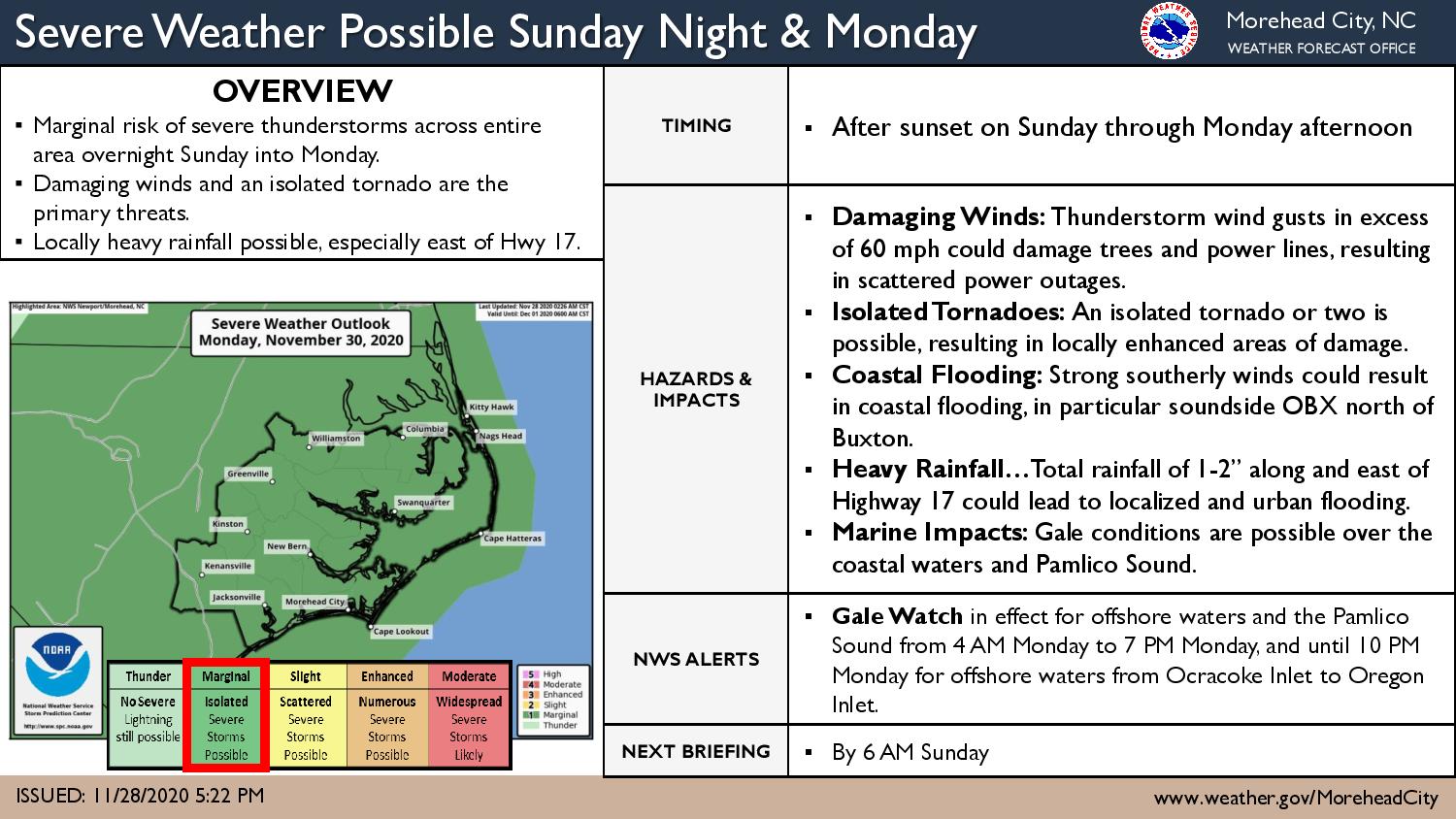