Dare County Board of Commissioners District 3 incumbent Steve House, a Republican, easily won his primary against Paul Wright in the only local contest on the ballot.

In Currituck County, three GOP members of the Board of Commissioners faced primary challenges, and all three — Mary (Kitty) Etheridge, Selina S. Jarvis and Paul Beaumont — won their races, though not by large margins. 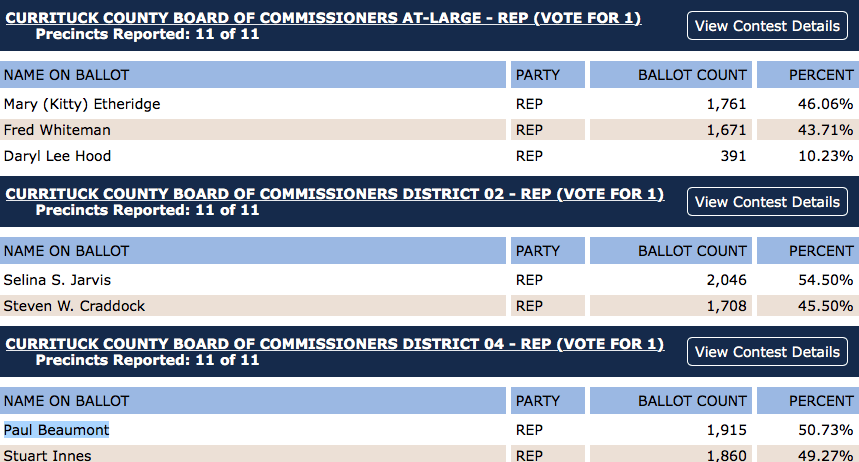 Click here to see all of North Carolina’s election results.