A stalled low pressure system over Tennessee will continue to bring the Outer Banks soggy, windy weather the rest of the week before things finally start to improve over the upcoming holiday weekend.

The highway remained passable as of 8 p.m., however, there was standing saltwater and sand on the roadway.

Motorists who have to drive through the area are advised to use caution, and to drive slowly, as saltwater can damage vehicles.

The next high tide is approximately 7 a.m. on Thursday.

“Strong easterly winds and dangerous seas in excess of 10 feet will continue through Thursday, and will produce a dangerous shore break of 6-9 feet along the NC coast especially north of Cape Lookout, “said David Glenn, forecaster at the National Weather Service Newport/Morehead City office.

“Onshore flow will also result in beach erosion and ocean overwash near the times of high tide through Thursday.” Glenn said. 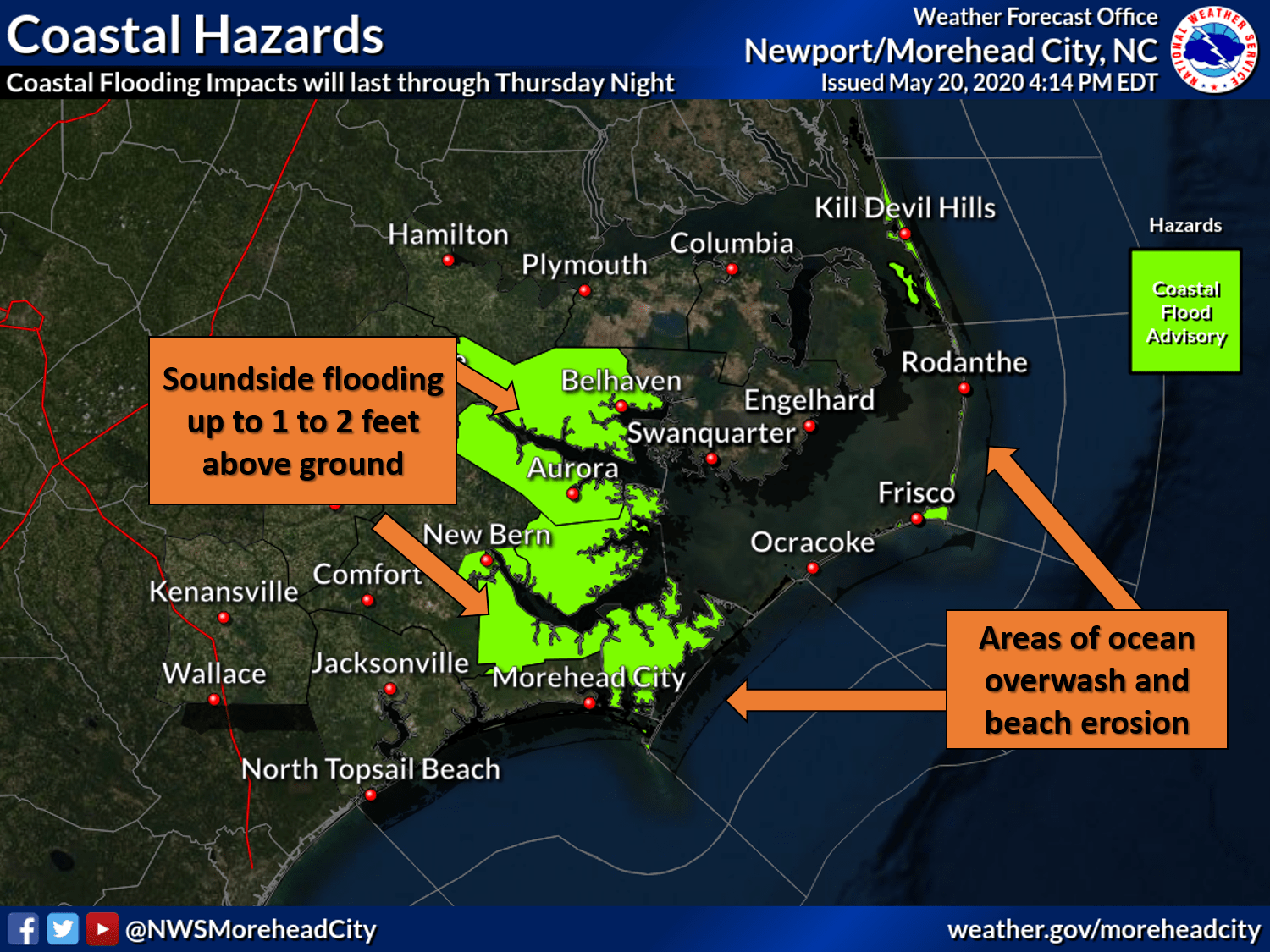 A coastal flood advisory remains in effect until Thursday night for the Outer Banks from Cape Lookout north, and for soundside areas adjacent to the Neuse, Pamlico, Pungo, and Bay rivers, where inundation of 1 to 2 feet above ground is expected. 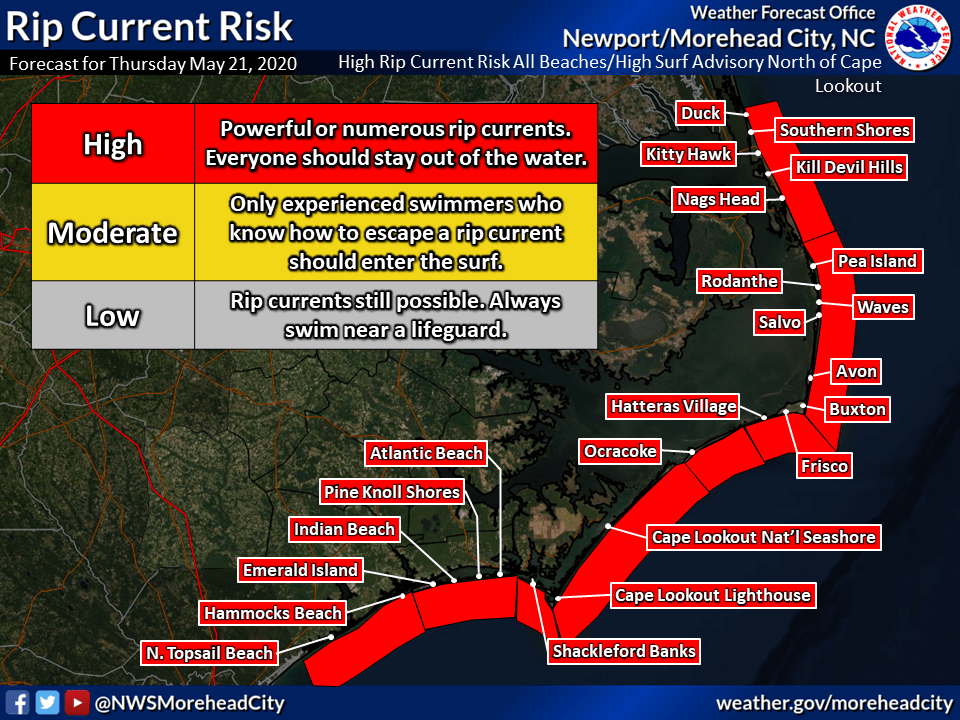 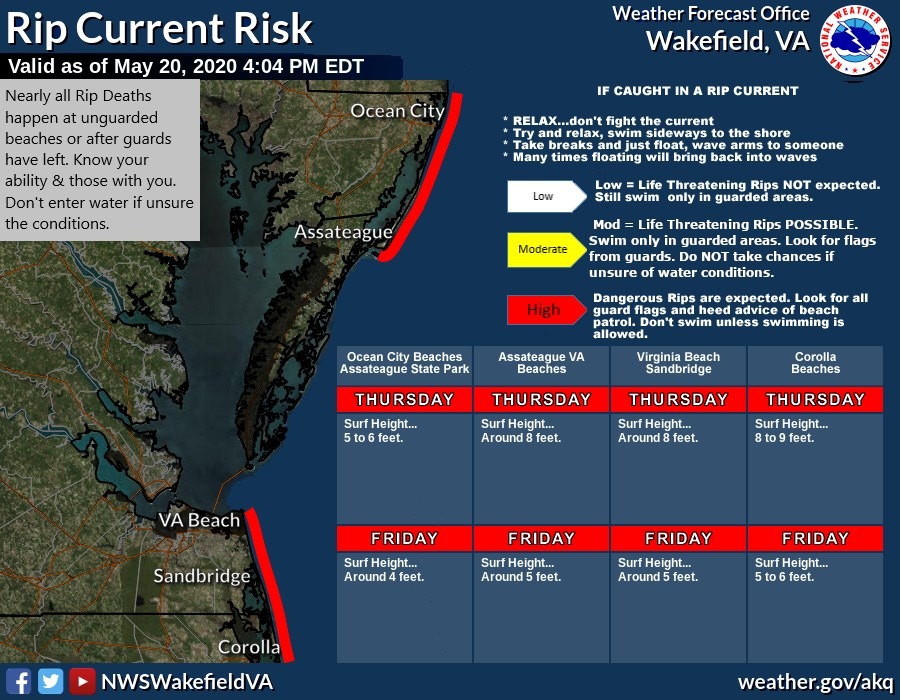 To our south, a flash flood watch is now in effect through Friday morning mainly along and west of U.S. 70 where an additional 2 to 4 inches of rain, with locally higher amounts, is forecast. 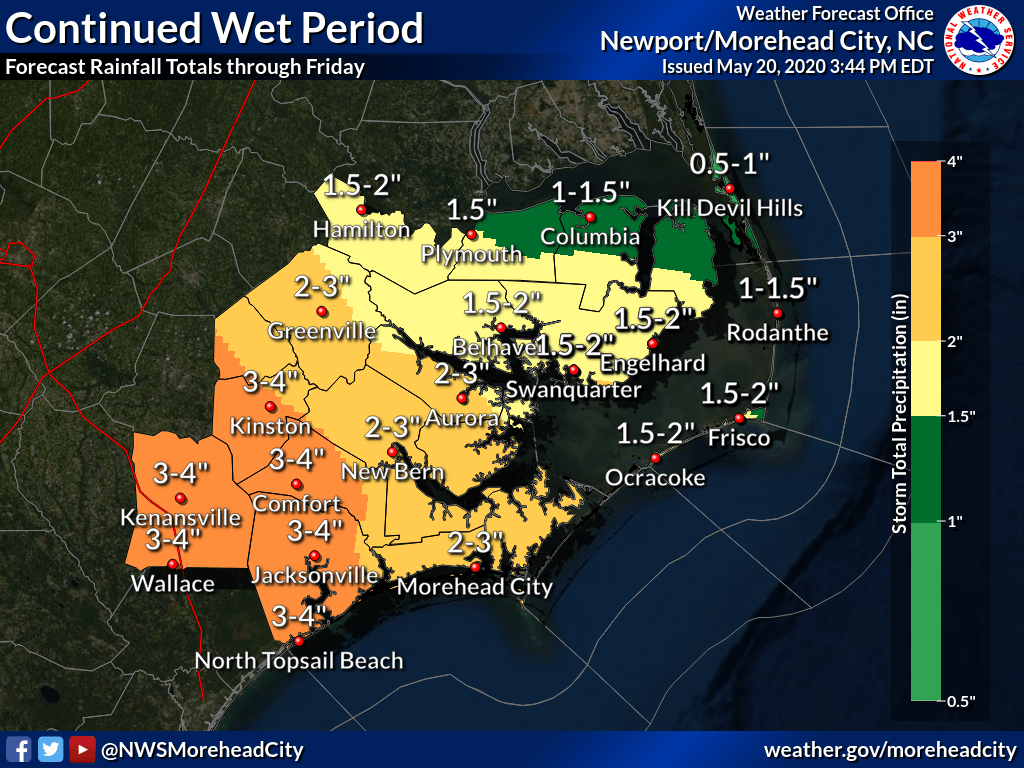 This rainfall, on top of already saturated soils from Tropical Storm Arthur, could result in flash flooding and flooding of poor drainage areas.

Showers remain in the Outer Banks forecast through Saturday, with temperatures in the upper 60s to low 70s.

The weather will finally start improving for the second half of Memorial Day weekend, with skies finally clearing on Sunday with temperatures in the low 70s.