Unama’ki, a 2,076-pound, 15-foot, 5-inch great white shark, pinged in the Atlantic Ocean just north of Corolla Tuesday morning, a little more than a week after being tagged by OCEARCH researchers in Nova Scotia.

Unama’ki is the second largest great white the shark-tracking organization has tagged in the Atlantic Ocean. She was captured and outfitted with a tracker in Nova Scotia on Sept. 30.

Unama’ki was named by OCEARCH partner SeaWorld after the indigenous Mi’kmaq name for Cape Breton. Unama’ki means “Land of the Fog.” 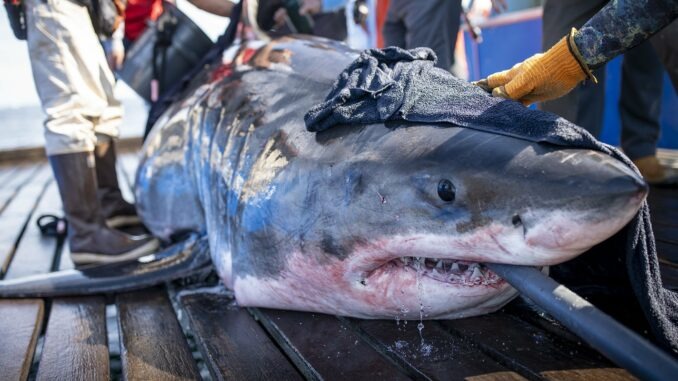