A large plume of smoke could be seen in Kitty Hawk on Sunday afternoon as firefighters battled a blaze on Parker Street.

There were no immediate reports of injuries. Several patients were being evaluated at the scene for heat-related sickness.

I am praying for these peopleLooks to be near West Lillian in Kitty Hawk.

Crews battled the fire in temperatures in the upper 90s with heat index values at high as 116 degrees. Firefighters were being rotated and treated at the scene for heat exhaustion. 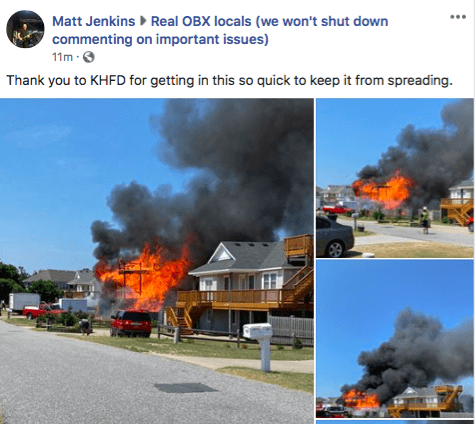 Stay with OBXToday.com for updates.