For the second straight year, and only the third time in the satellite era, the list of hurricane names for the year has been exhausted as Subtropical Storm Wanda formed in the central Atlantic on Saturday

What was the remnants of a nor’easter that brought high winds and power outages to the coast of New England almost two weeks ago became better organized and has been taking on subtropical characteristics over the last 48 hours.

While Wanda is in an area of lower than ideal surface water temperatures and a less than favorable atmospheric environment, it is expected to maintain tropical characteristics for a few more days before transitioning to a post tropical cyclone by the end of the week.

Since 1953, Atlantic tropical storms had been named from lists originated by the National Hurricane Center. They are now maintained and updated through a strict procedure by an international committee of the World Meteorological Organization.

With Wanda having been used, that completes the 2021 list of names for tropical cyclones. The only other years that happened, 2005 and 2020, subsequent tropical storms and hurricanes were named using the Greek alphabet.

The WMO Regional Association IV (North America, Central America and Caribbean) approved a supplemental list of names in March to be used instead beginning this year.

There is an area of disturbed weather off the African coast that is showing signs of possible development this week, but it is not expected to last due to interaction with strong upper level winds in a few days. 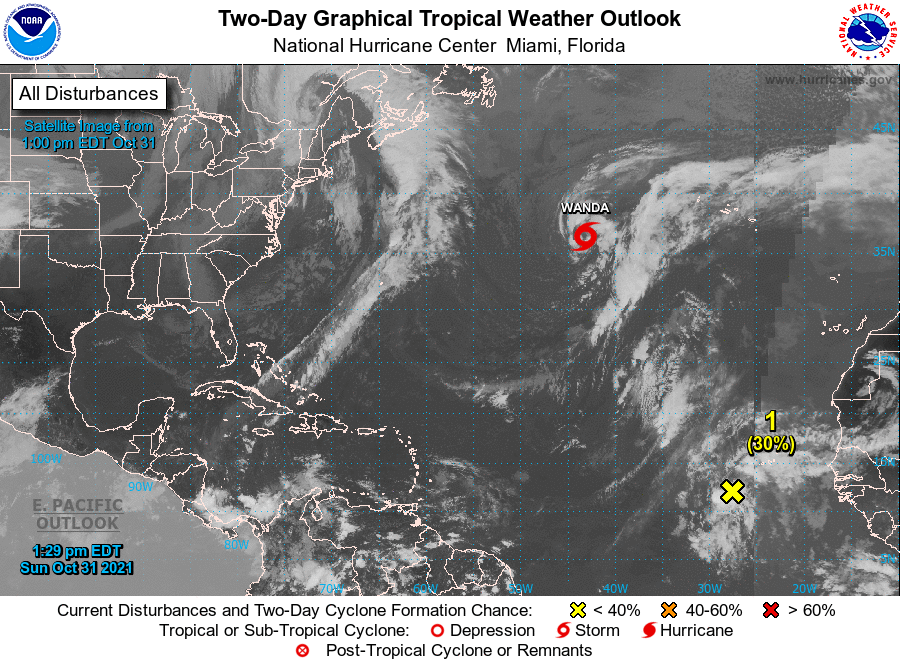 The 2021 hurricane season in the Atlantic basin ends on November 30.