The music of Beethoven, Grieg, Shostakovich and others all fill the air as the Surf and Sounds Chamber Music Series returns to the Outer Banks for its fifth season.

Brought to the Outer Banks by the Bryan Cultural Series, these free performances will be held August 20-23 in Kitty Hawk, Duck, Buxton and Hatteras.

Under the direction Music Director Jake Fowler, the quartets from these classic compositions come alive as the beauty and artistry of the musicians merge with the creativity of the composers.

On Tuesday, August 20 at 7:30 p.m. at All Saints Episcopal Church in Southern Shores, a rare performance of Piano Quintet in F-sharp Minor, op. 67 by Amy Beach, as well as a piece by Beethoven. Pianist Dr. Amanda Halstead will also play in the quintet. 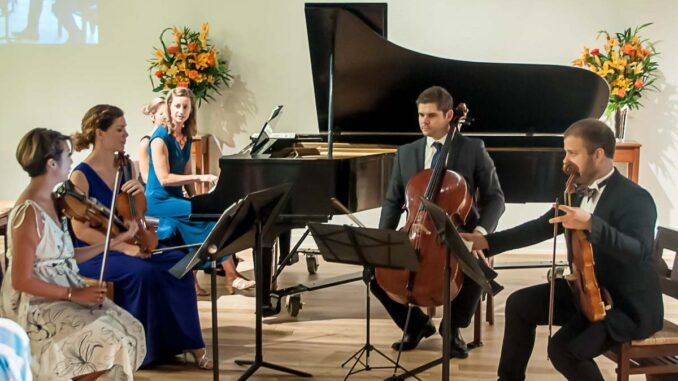 The Bryan Cultural Series is a non-profit organization formed in 2012. The board of directors is composed of nine community leaders dedicated to offering a series of high quality cultural events. These events will include a variety of visual, literary and performing arts. The board strives to glean from talent that has attained regional as well as national recognition to maintain a high standard.