A cold front that will pass through the area on Tuesday will bring strong winds, rough surf and even the chance of a few snowflakes in the air along the Outer Banks.

Strong northerly winds will develop behind the front and continue into Wednesday, according to the National Weather Service office in Newport/Morehead City.

“Rough surf and minor beach erosion expected for the beaches north of Cape Hatteras,” according to a statement from the weather office issued Monday evening. “Minor ocean overwash will be possible…especially in locations where dune structures are vulnerable.” 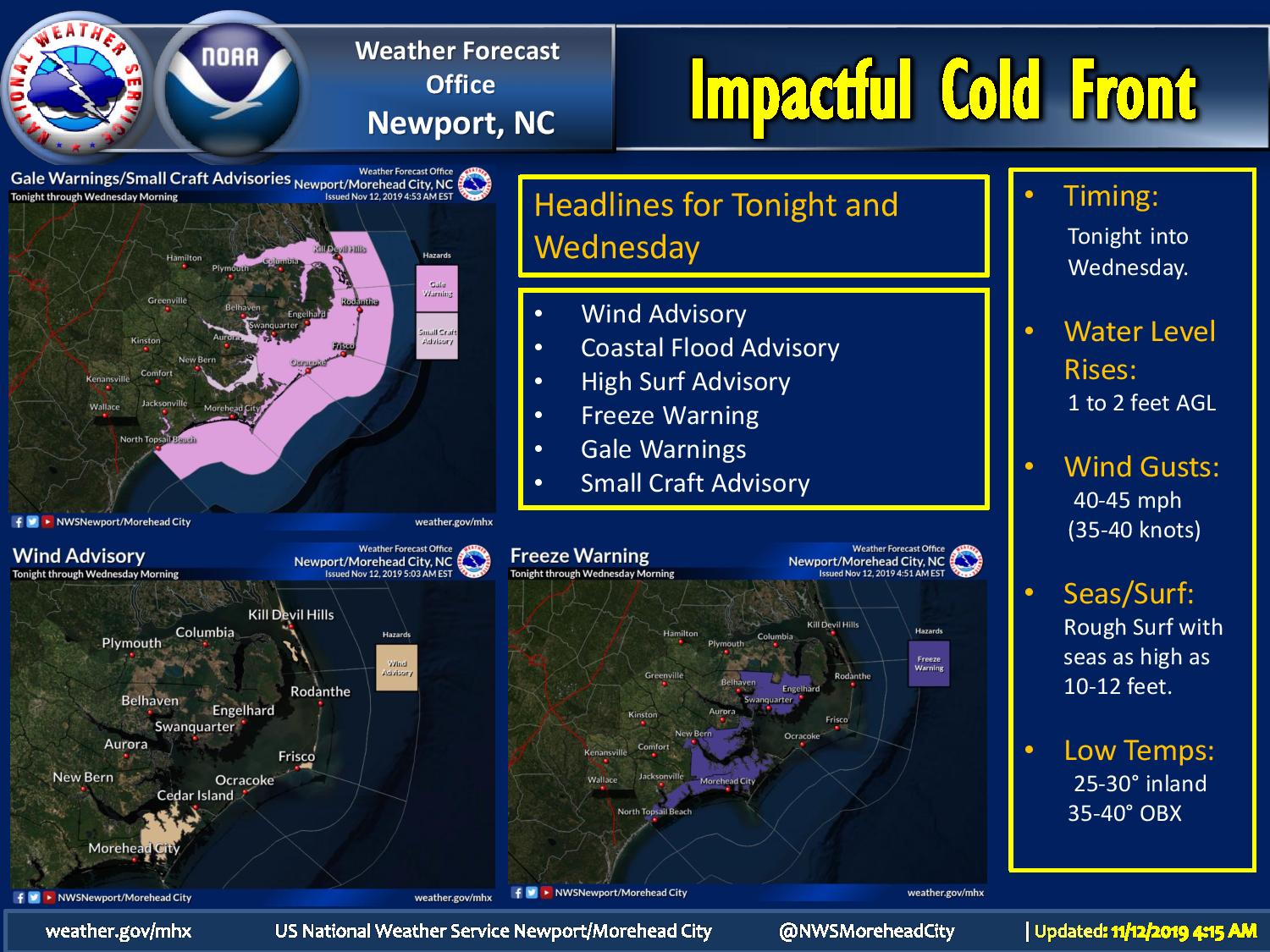 There is also the possibility of some minor soundside flooding of up to 1 to 2 feet above ground along lower Hatteras Island and on Ocracoke, and a Coastal Flood Advisory will be in effect from 7 p.m. Tuesday to 1 p.m. Wednesday.

A High Surf Advisory will be in effect from 7 p.m. Tuesday to 4 p.m. Wednesday, with breaking waves of 6 to 9 feet possible. A Gale Warning has also been posted for the sounds and the open waters.

Rain is expected to develop ahead of the front in the afternoon on Tuesday and then move out by late Tuesday night.

Behind the front, the cold north wind blowing across the relatively-warm waters of the Chesapeake Bay early Wednesday could produce snow showers from Virginia Beach, through Currituck County and down to the northern Dare beaches.

No accumulation is expected in our area, as ground temperatures are still too warm and any snowfall will quickly melt, according to Beach 104/94.5 WCMS staff meteorologist John Bernier.

High temperatures on Wednesday will be in the mid 40s with partly sunny conditions.

After a sunny Thursday with highs in the 60s, another coastal storm is forecast to develop that could hang around into early next week.