Another round of snow is forecast for northeastern North Carolina and the northern Outer Banks for Friday night into Saturday, as a powerful nor’easter will develop just offshore and then sprint up the East Coast.

The National Weather Service says accumulating snow is likely over the same areas that got as much as six inches one week earlier, with this storm expected to drop between one and three inches. 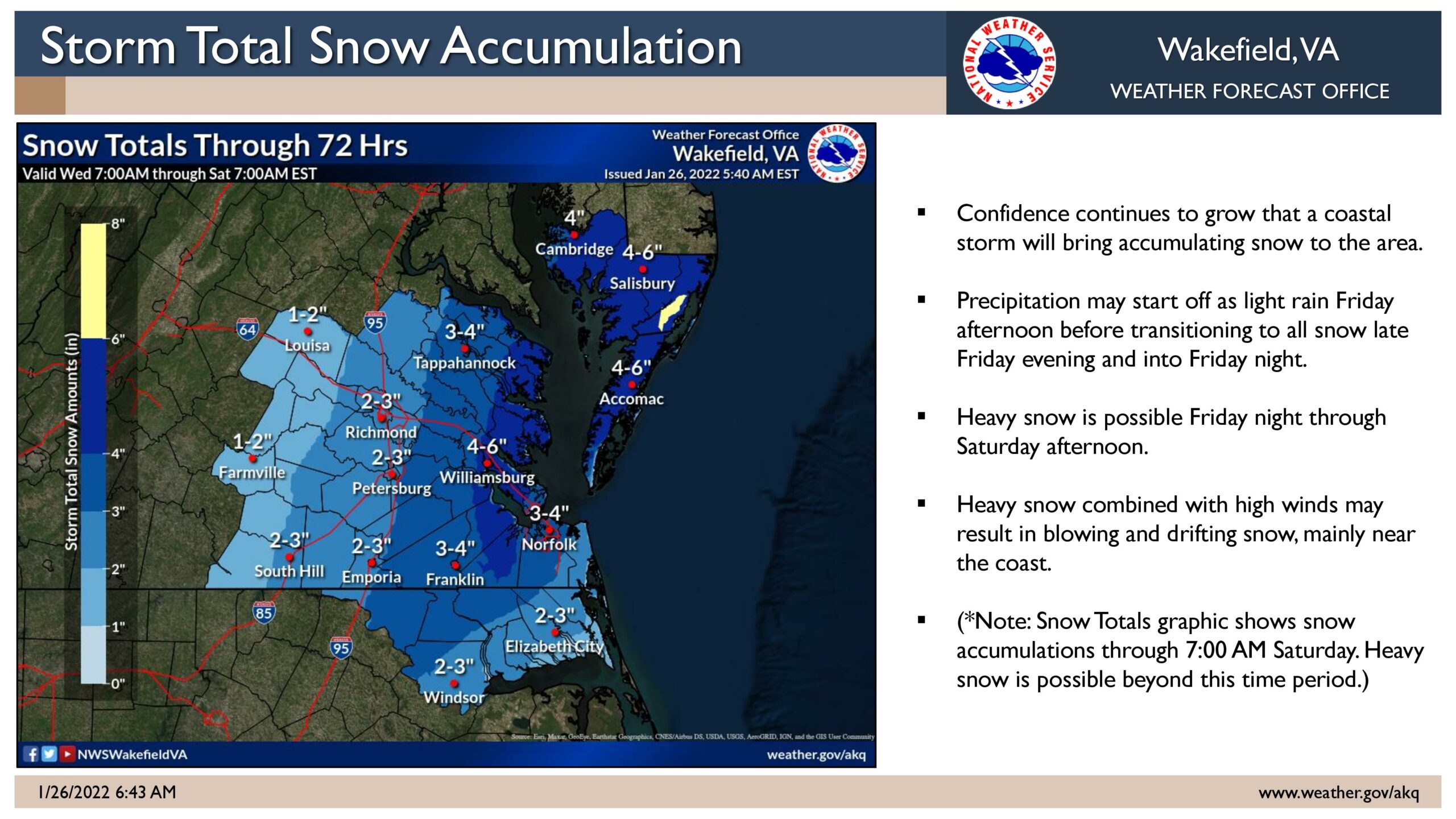 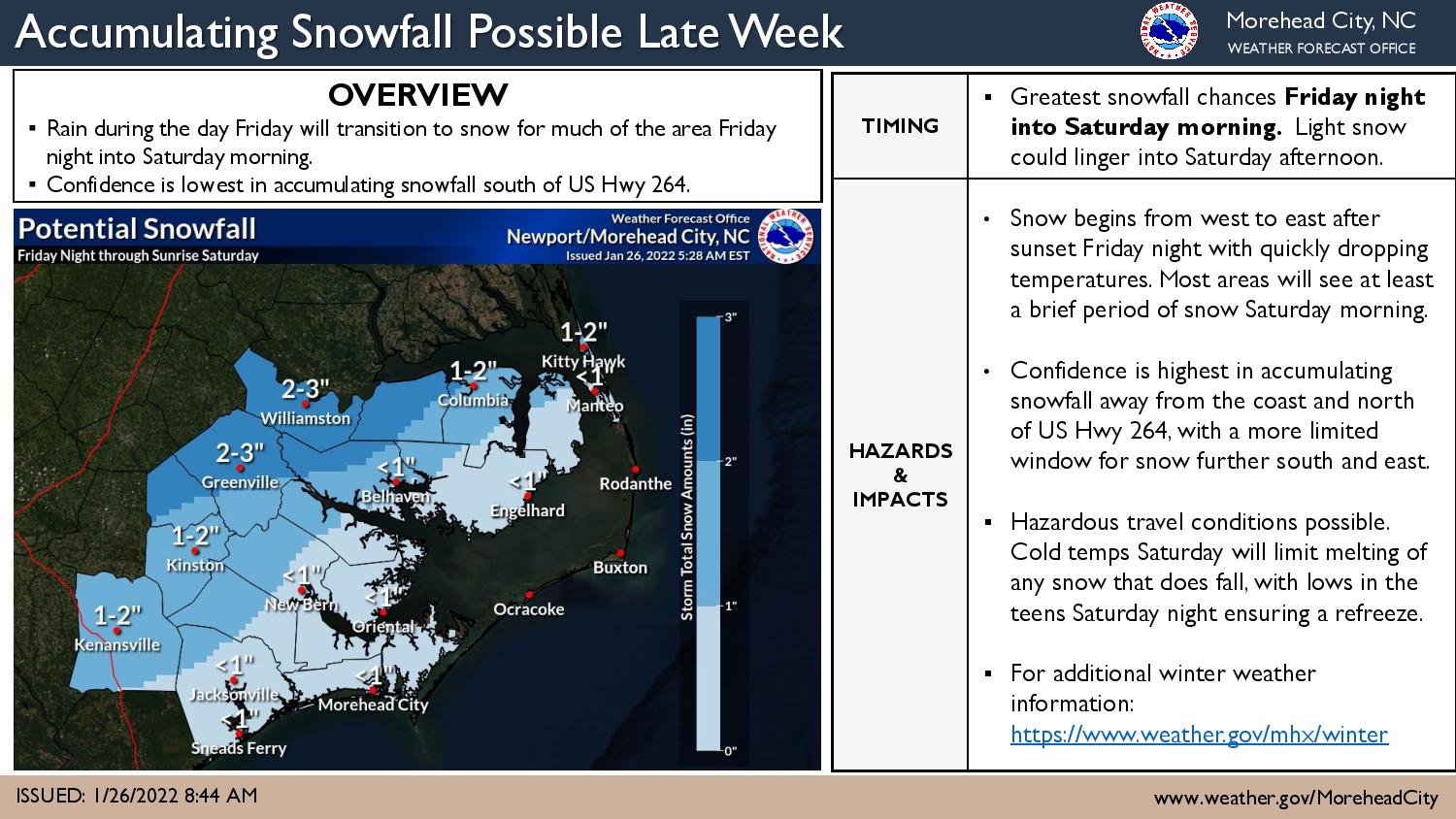 Coastal impacts are more likely with this nor’easter than last week’s storm. Winds of gale to storm force are possible, high surf along the east-facing beaches, and some soundside flooding on Hatteras and Ocracoke also a possibility. 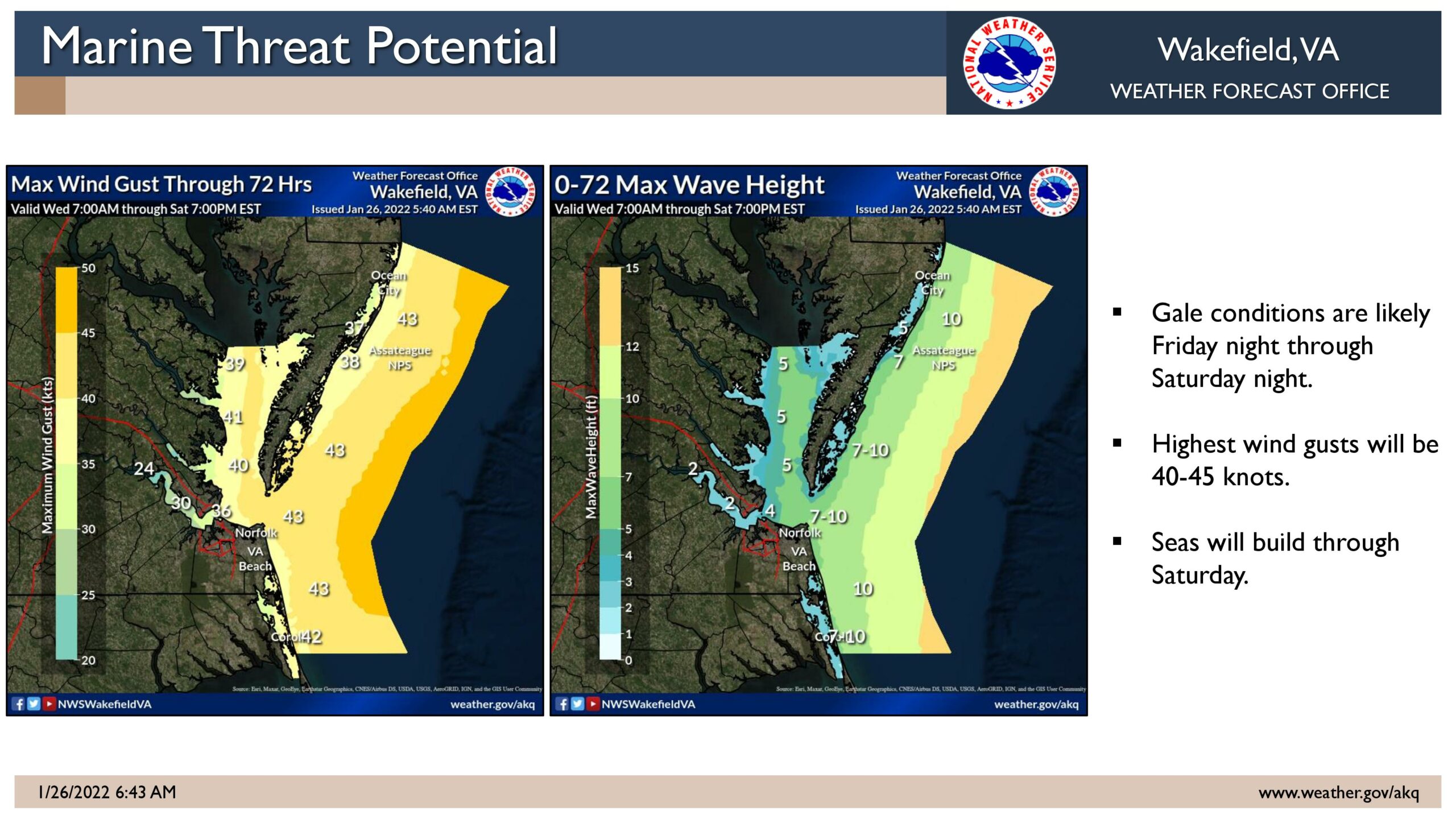