A second straight weekend of significant wintry weather is becoming more likely for northeastern North Carolina and the northern Outer Banks, while even Hatteras and Ocracoke islands may get some snowflakes on Saturday from a powerful nor’easter that will form just offshore.

A Winter Storm Watch has been posted for Friday night through Saturday afternoon for the beaches north of Oregon Inlet and all areas west of the sounds.

The National Weather Service says significant disruptions to travel are possible for areas north of the Albemarle Sound into eastern Virginia with as much as 6-to-12 inches of snow accumulation possible on the Eastern Shore of Virginia and Maryland.

After receiving 6 to 8 inches last Saturday morning that has just about all melted by Wednesday, Corolla, the Currituck mainland, and over to Elizabeth City and Edenton, are expected to get another 2 and 4 inches of snow. 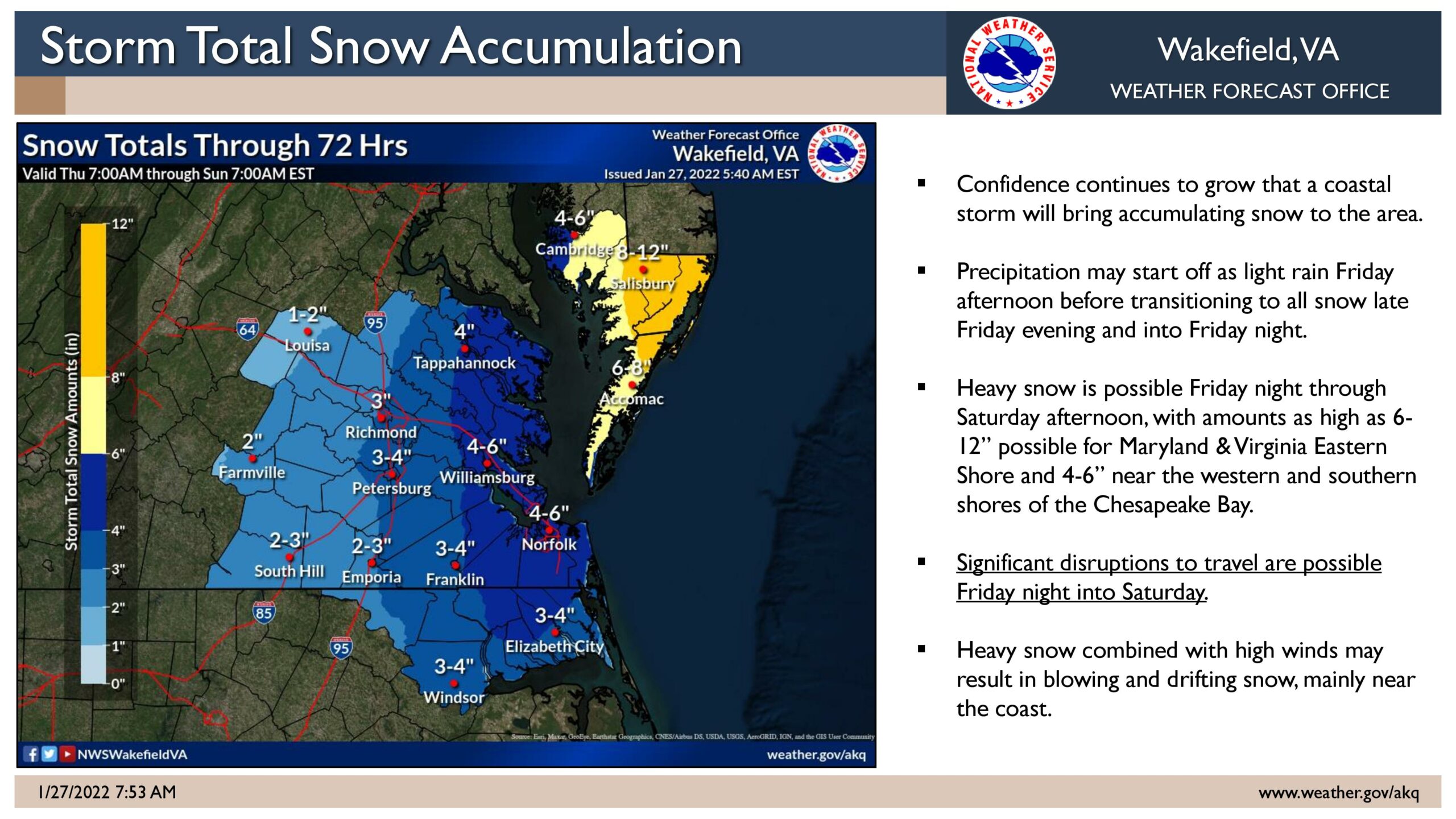 Lower amounts are expected for the rest of eastern North Carolina, but it now looks like the beaches south of Oregon Inlet may even get at least a trace.

“With the watch, forecast confidence has increased to moderate with the potential increasing for impacts being realized Friday night after 10 PM through Saturday,” said Dare County Emergency Management Director Drew Pearson. “Snow amounts still range from a coating to 4” with localized higher amounts possible.” 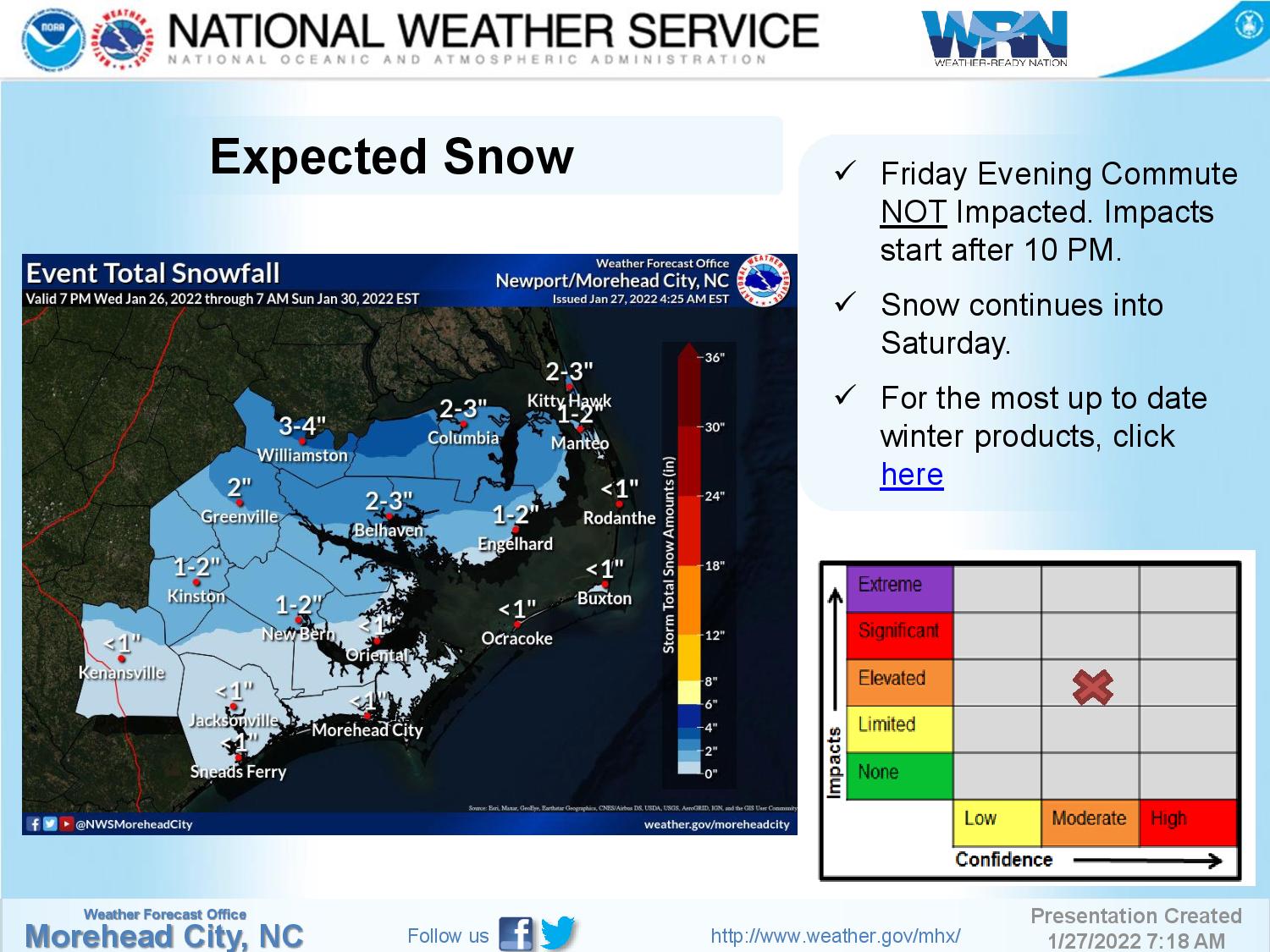 The latest forecasts call for rain to overspread the area Friday night, and then begin transitioning to snow early Saturday morning as colder air moves in on strong northwest winds as the center of the storm passes well offshore.

A slight shift in the forecast track of the storm has increased the chances of overwash at the normal trouble spots between Oregon Inlet and Cape Point, as winds are now expected to be from more of a north and northeasterly direction. 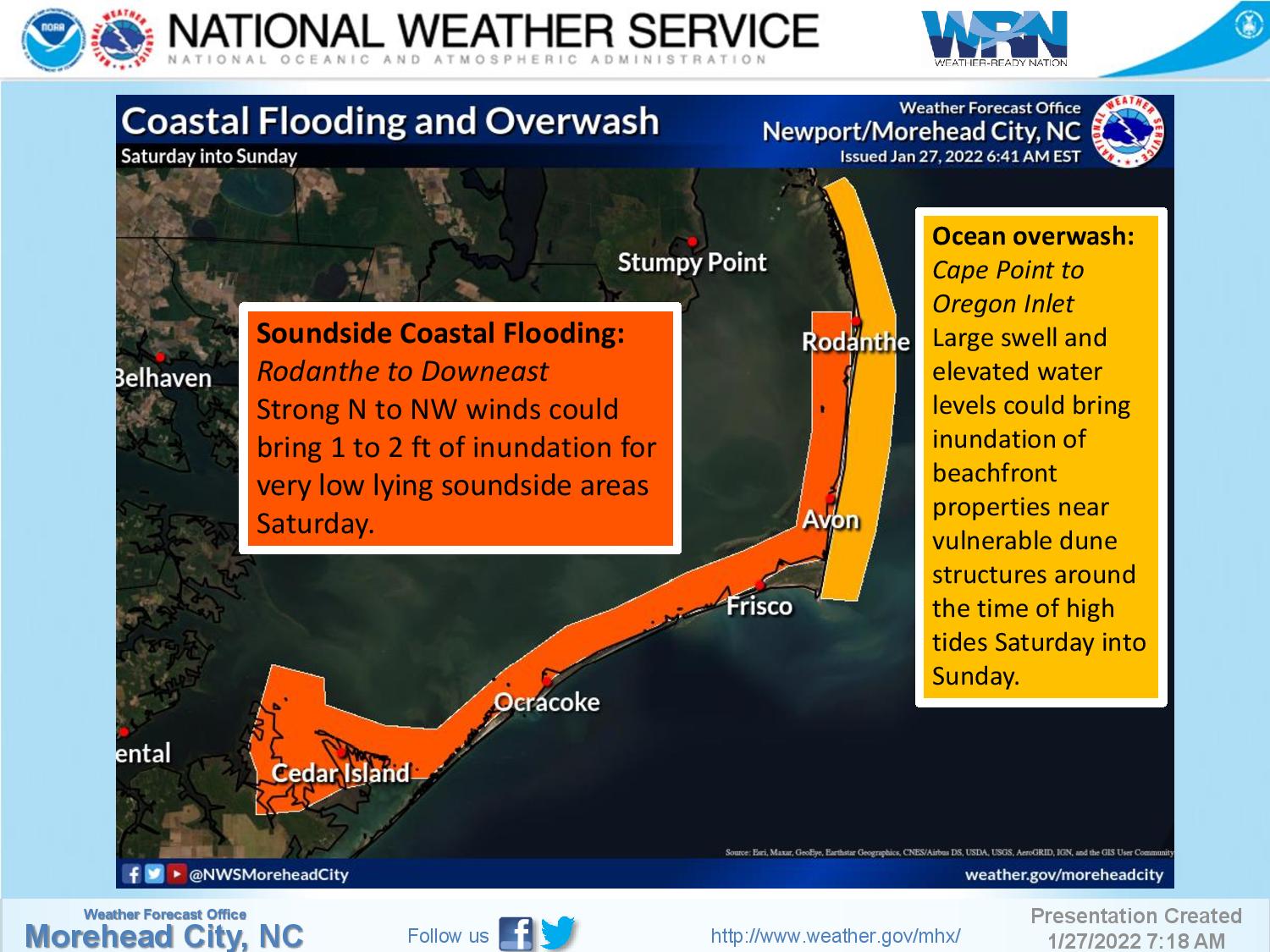 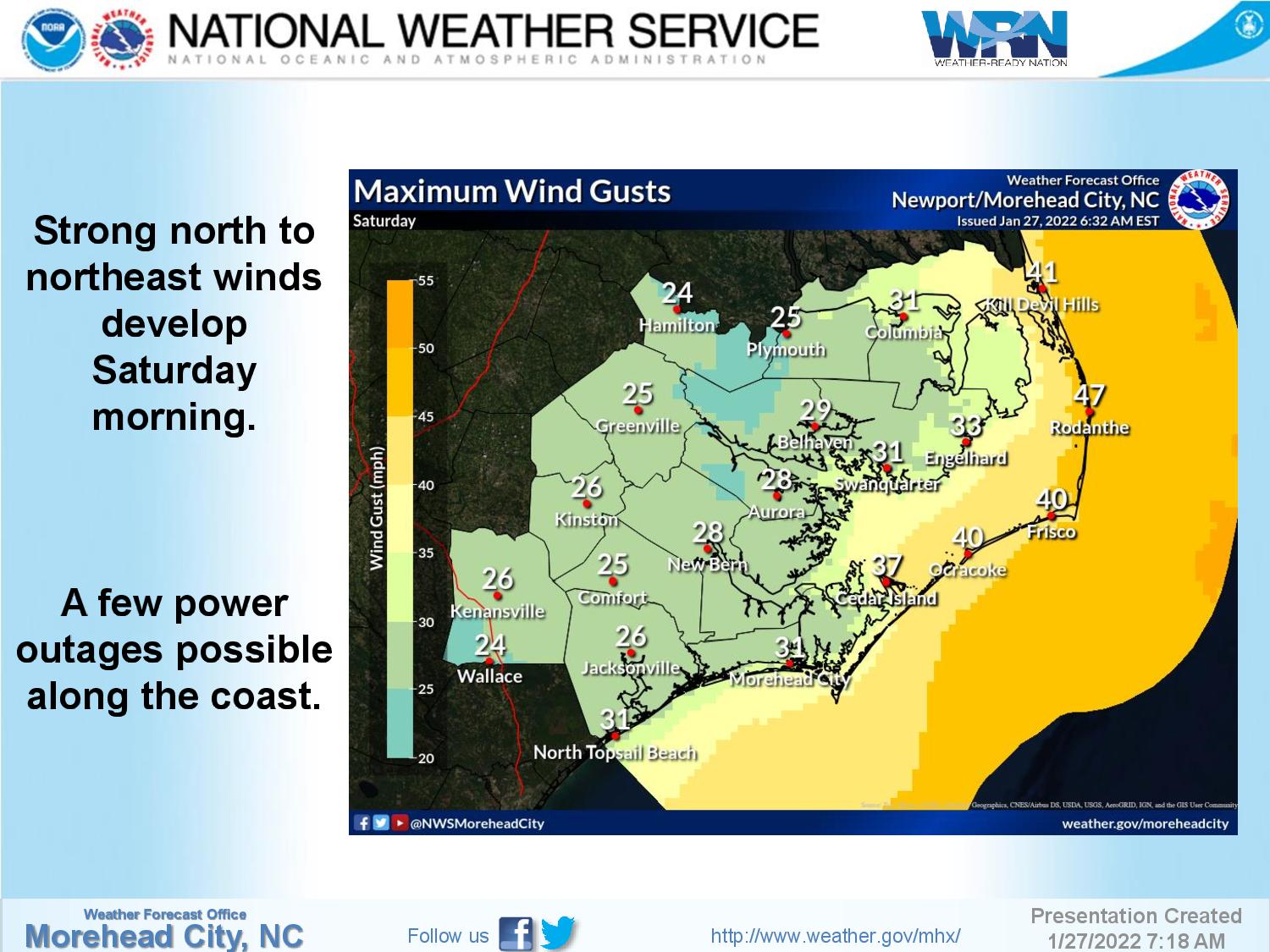 “Keep an eye on this developing weather event and be ready for snow and dangerous travel conditions this weekend,” Pearson said.