A complex low pressure system will impact the area Thursday night and into Friday, bringing the potential for rough surf, minor beach erosion and localized ocean overwash from Corolla to Buxton.

Ahead of the storm system’s arrival, there is a high risk of rip currents from Corolla to Buxton, and a moderate risk for the beaches off Frisco, Hatteras and Ocracoke.

A high surf advisory will be in effect along the Outer Banks on Friday, with waves of 7 to 10 feet possible.

The central and southern North Carolina coast could be hit by severe thunderstorms with damaging wind gusts, a few tornadoes, and locally heavy rainfall possible. 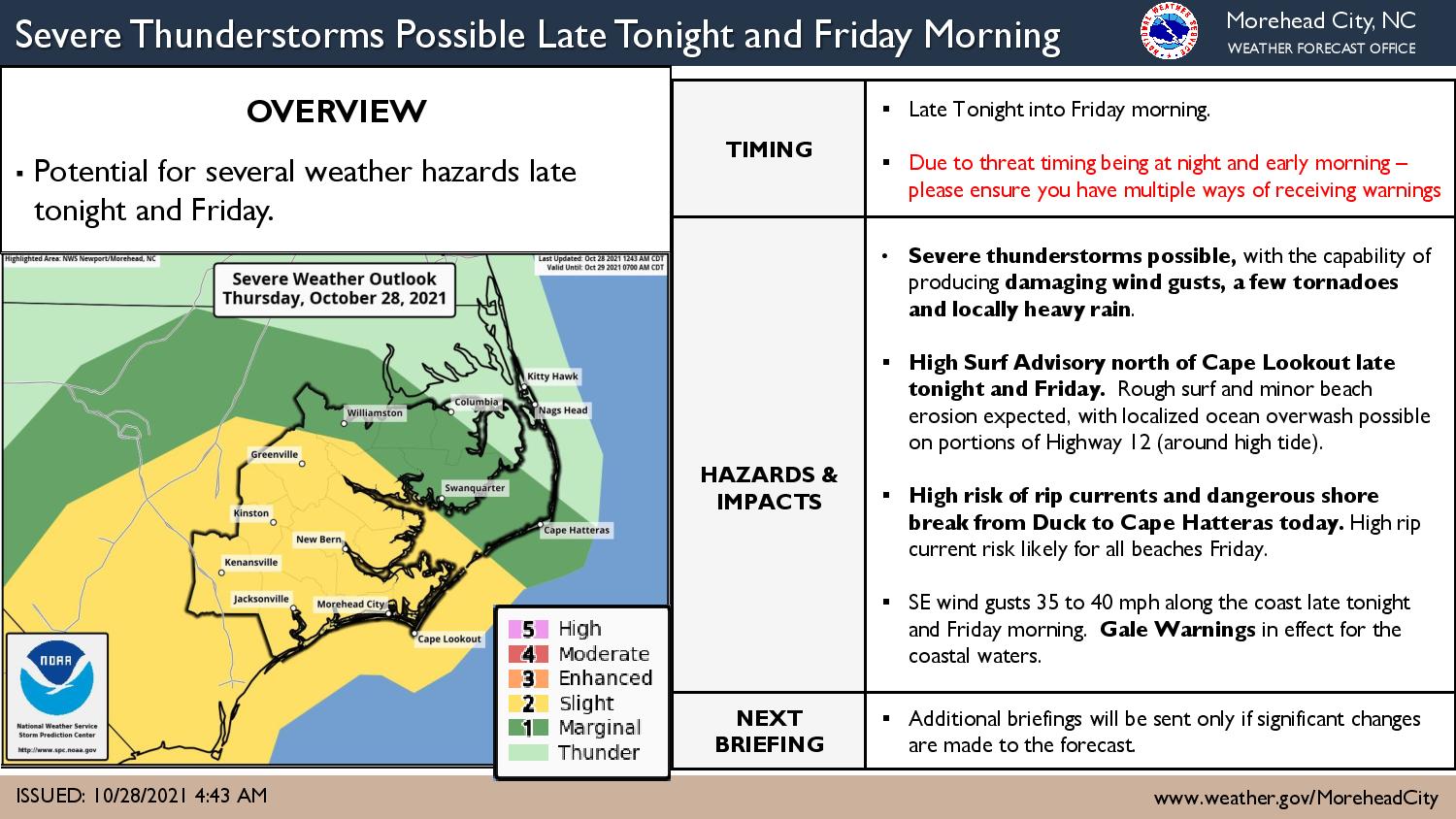 The Newport/Morehead City National Weather Service office said Thursday morning there is a chance that stronger storms and the associated severe threat will remain offshore.

Due to the late-night timing of the severe weather, the public is advised to have multiple ways to receive warnings, and can stay informed by signing by for the OBXAlerts system from Dare County, which provides both emergency and routine alerts for the Outer Banks. Sign up for OBXAlerts via this link, and select the alerts and notifications you wish to receive. 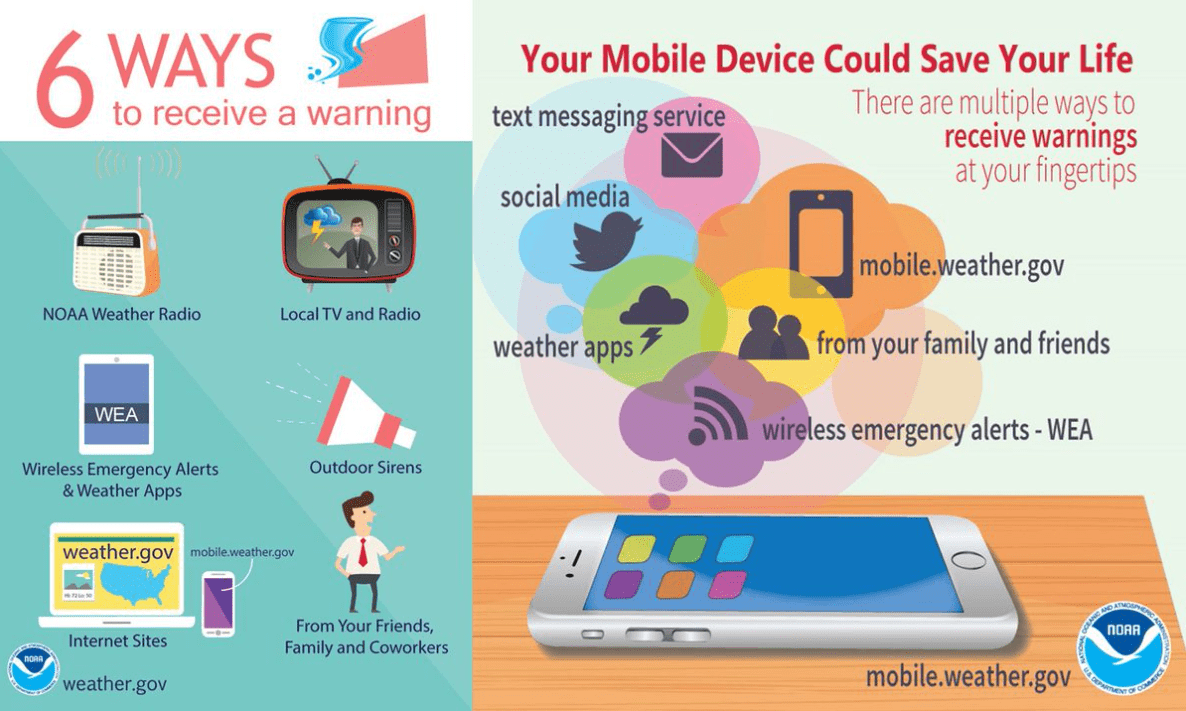 For more information on the local forecast, visit www.weather.gov/mhx for weather information, or the National Weather Service office in Newport / Morehead City’s Facebook page at https://www.facebook.com/NWSMoreheadCity/.

Once the storm system passes, Halloween weekend is looking rather nice, with dry weather and temperatures at or just above normal.