Rocky, is that you? - OBX Today

A wildlife camera recently picked up an image that looks a lot like Rocky, the infamous Outer Banks runaway, in Frederick, Maryland more than 300 miles from home.

The cat appears to be an African serval and showed up Nov. 22 in a yard in Maryland, about 50 miles from Washington, D.C.

The last confirmed Rocky sighting was May of last year in Chesapeake, not long after he turned up in Virginia Beach and defied all attempts to trap him. There was another possible sighting caught on trail camera in September 2019 in the Fuquay-Varina area of North Carolina.

Rocky has been on the run from Martins Point and owner Brian Hankins since Oct. 23, 2018. He was wearing a tracking collar, but the batteries died shortly after his breakout. In the latest trail cam images, the cat in question is not wearing a collar.

On the Lost and Found Animals in and near Frederick County Facebook page, commenters said the cat may also be a Savannah (a cross-breed between a serval and a domestic cat) named Strawberry who went missing in Mount Airy, Maryland. But the cat in the photos appears to be larger and pure serval. 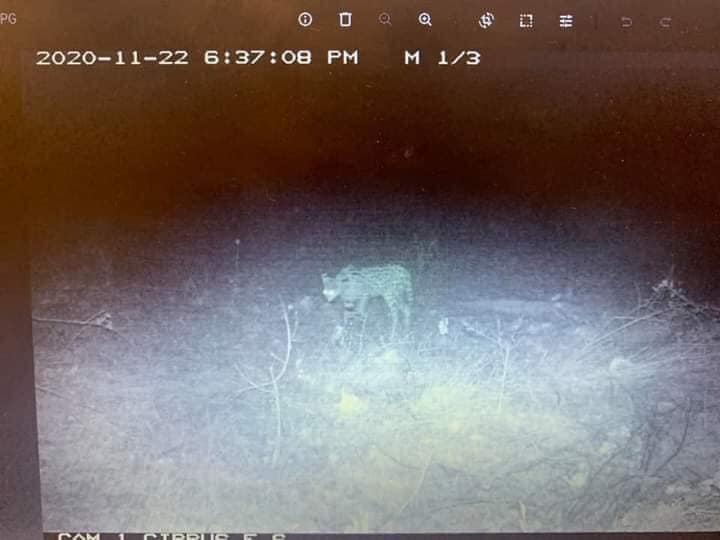 In spring 2019, Rocky made big news when he turned up in Virginia Beach. Despite many sightings and traps set, the cat continued to evade capture.

In May, Rocky was seen in a neighborhood near the Dismal Swamp National Wildlife Refuge, and then seemingly disappeared. Until Sept. 17, when a cat that looks a lot like Rocky was captured on a wildlife camera, far away from the Outer Banks.

Rocky is a domesticated cat, for the most part, friendly to humans and dogs. He has been known to kill pet chickens, however.

Serval cats are considered the most successful hunters among African wildcats, but as pets they are known as extraordinary escape artists.

Hankins did not respond to requests for comment on Friday.