Fiona is forecast to continue moving north, then turn northeast out to sea mid to late week as a strong cold front moves off the U.S. East Coast.

Based on the latest information from the National Hurricane Center, Hurricane Fiona is predicted to pass by to our east and stay out to sea.

However, due to long-period swell from the strengthening hurricane, there will be an extended period of dangerous rip currents later this week for all Eastern NC beaches. 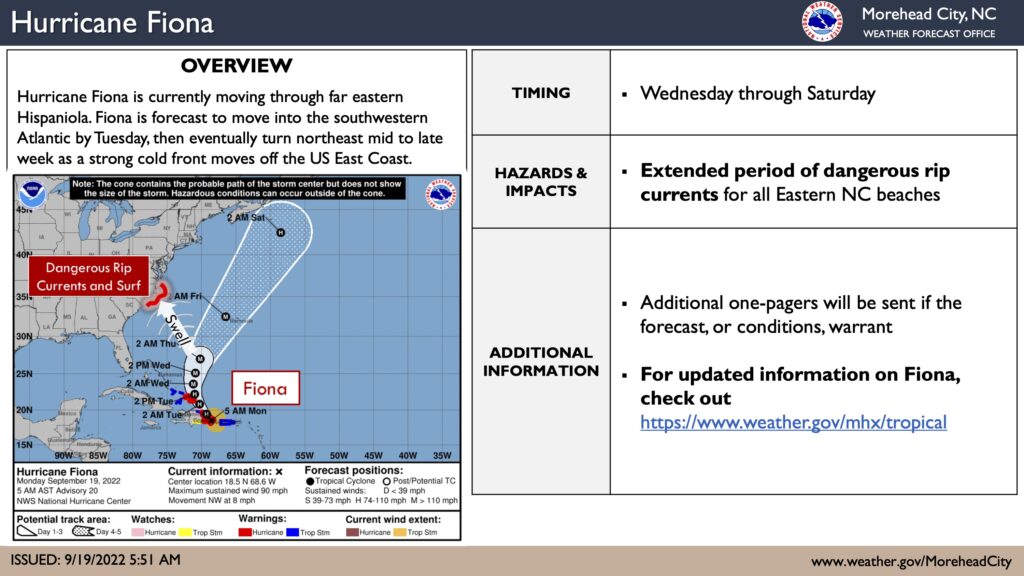