A disturbance in the southwestern Gulf of Mexico is expected to become Tropical Storm Nestor in the next couple of days, and forecasters expect it will bring significant rainfall beginning on Sunday morning.

“This system is expected to traverse eastern North Carolina this weekend bringing the potential for heavy rainfall, dangerous marine conditions, and potential coastal flooding concerns,” according to the National Weather Service office in Newport. 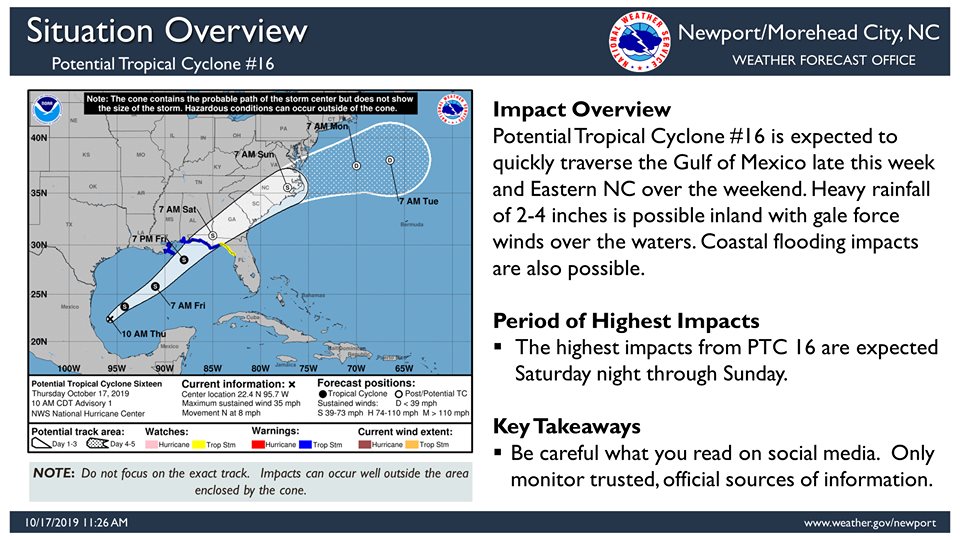 The National Hurricane Center issued the first advisory for Potential Tropical Cyclone 16 at 11 a.m. on Thursday, for the area of low pressure centered about 620 miles southwest of the mouth of the Mississippi River.

While maximum sustained winds were at 35 mph, the system had not yet gained characteristics to be classified as a tropical depression.

A turn toward the northeast is expected this afternoon or tonight, and a northeastward motion at a faster forward speed is expected on Friday and Saturday.

On the forecast track, the system will approach the northern Gulf coast Friday and Friday night.

While the storm is expected to no longer have tropical characteristics, gusty winds and heavy rain will likely reach the Outer Banks early Sunday with between 2 and 4 inches of rain possible.