Not as much snOBX expected now, but still cold and windy this weekend - OBX Today

The latest forecasts for northeastern North Carolina and the Outer Banks are now calling for a little less snow, but it is still going to be cold and windy this weekend as a powerful nor’easter forms offshore and then sprints up the East Coast.

A Winter Weather Advisory begins Friday night for most of the region, while a Winter Storm Warning has been issued for Currituck County, including Corolla, as wintry precipitation is expected to move in starting early Saturday and lasting into the afternoon.

The National Weather Service says after starting as rain Friday evening, precipitation will transition to light snow after midnight that could make travel hazardous by reducing visibilities and making roads and especially bridges slippery.

One to two inches of snow most likely along and north of U.S. 64 up to the state line, on Roanoke Island and from Nags Head to Corolla. A dusting to less than an inch is possible further south, but there will likely be no accumulation south of Oregon Inlet. 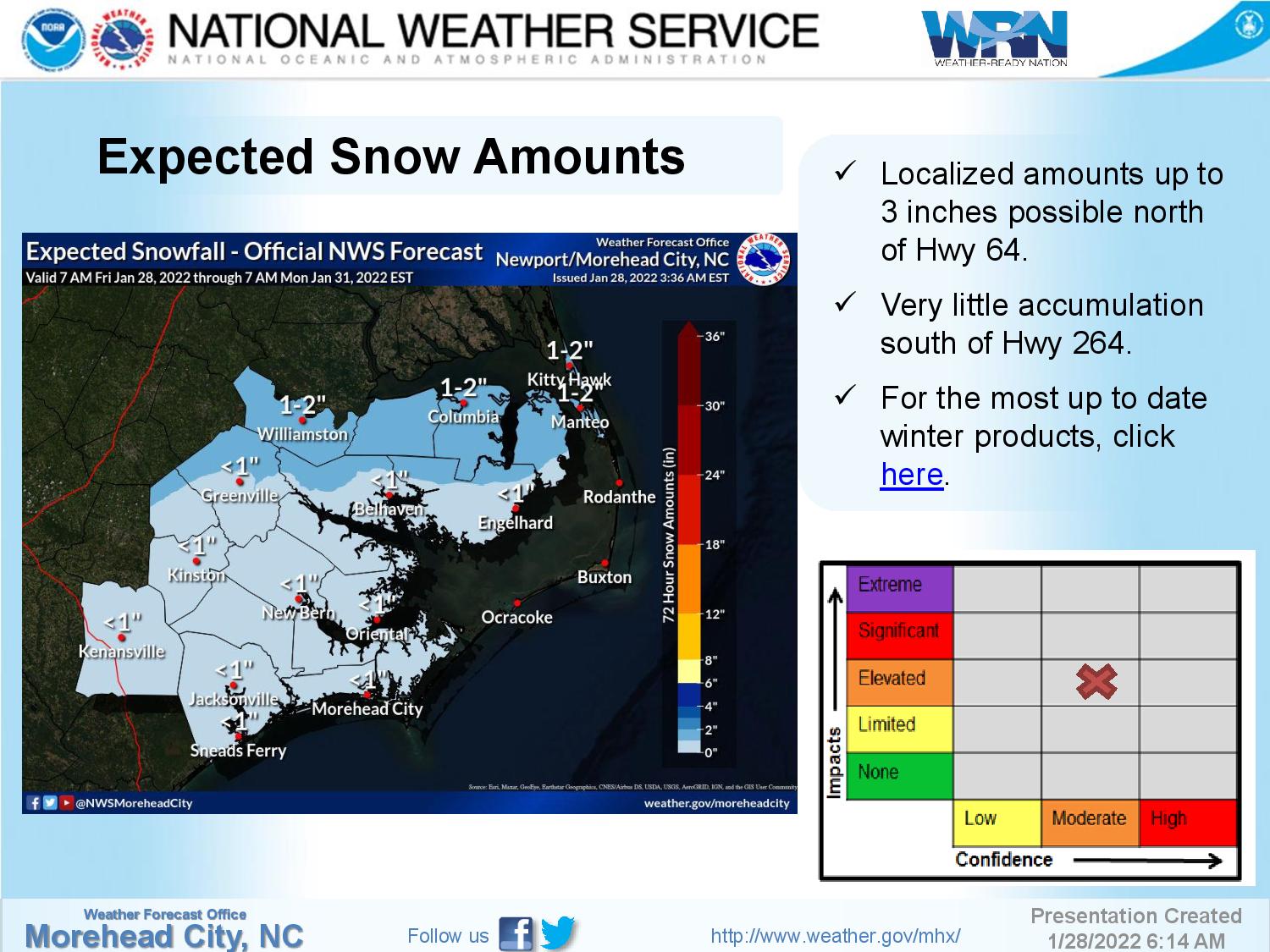 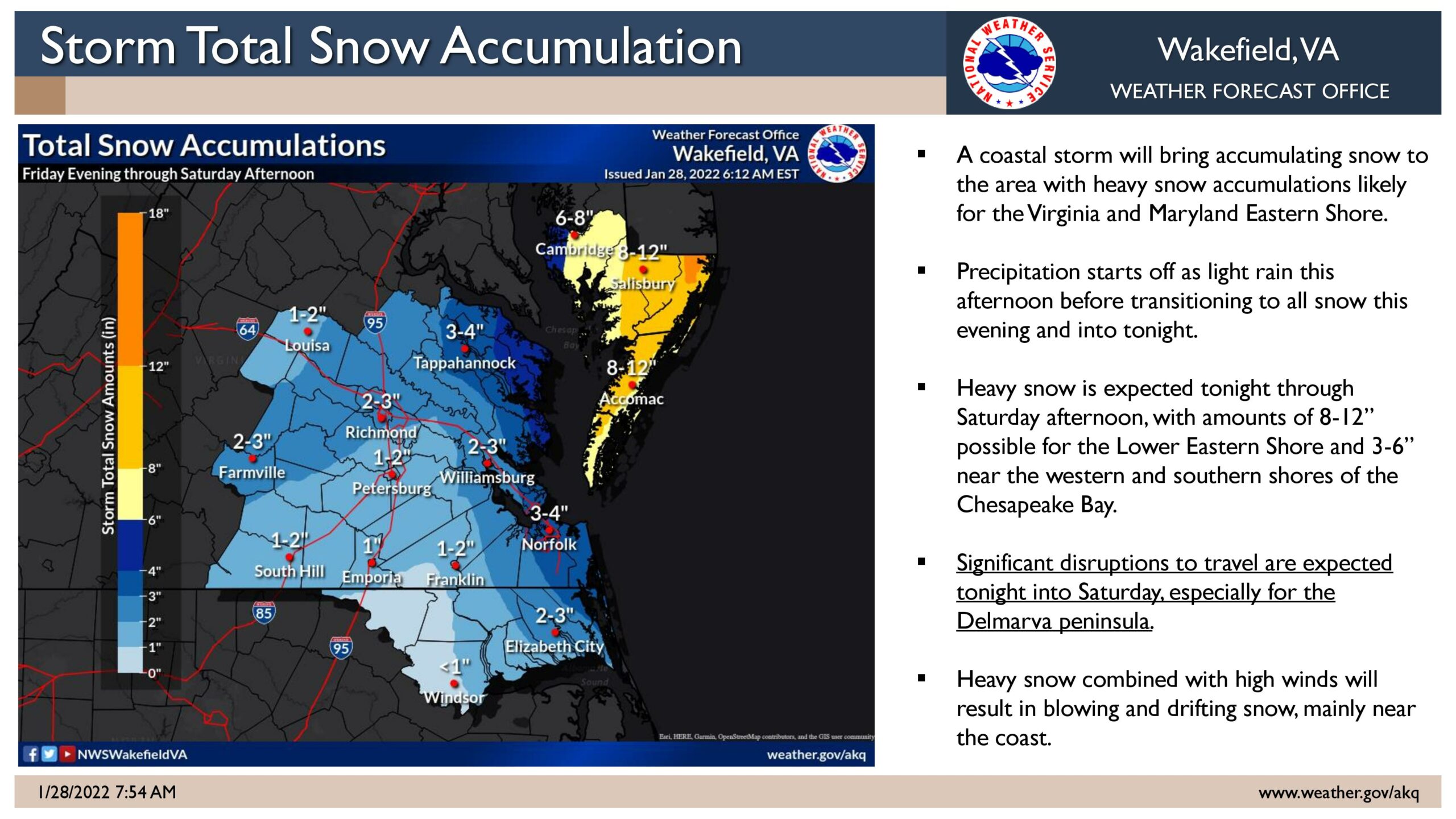 After the snow tapers off in the afternoon, overnight lows will drop into the 20s on the northern beaches and teens inland that will result in a hard freeze of any wet surfaces Sat night. Black ice possible. Wind chill values will be as low as the single digits. 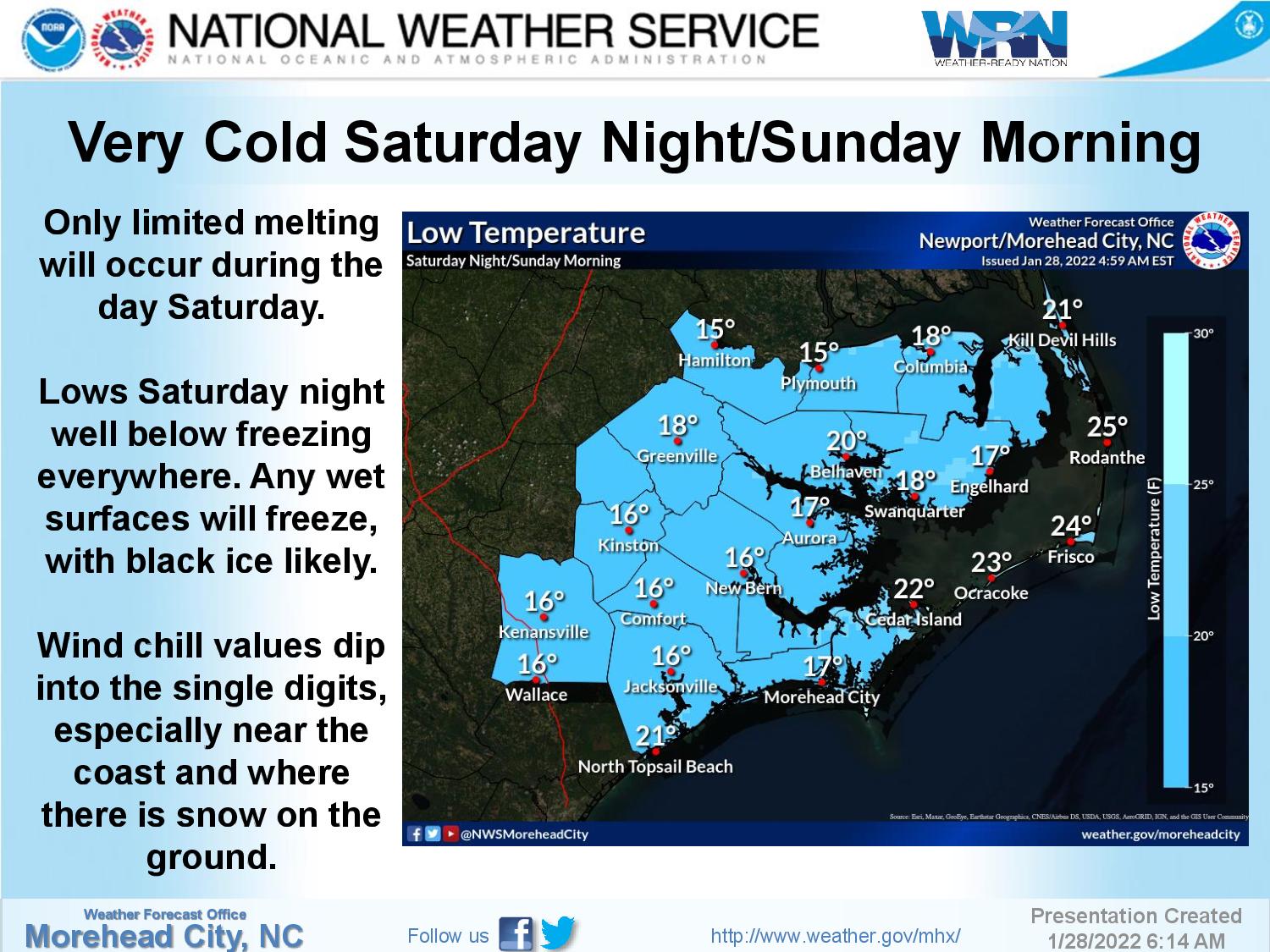 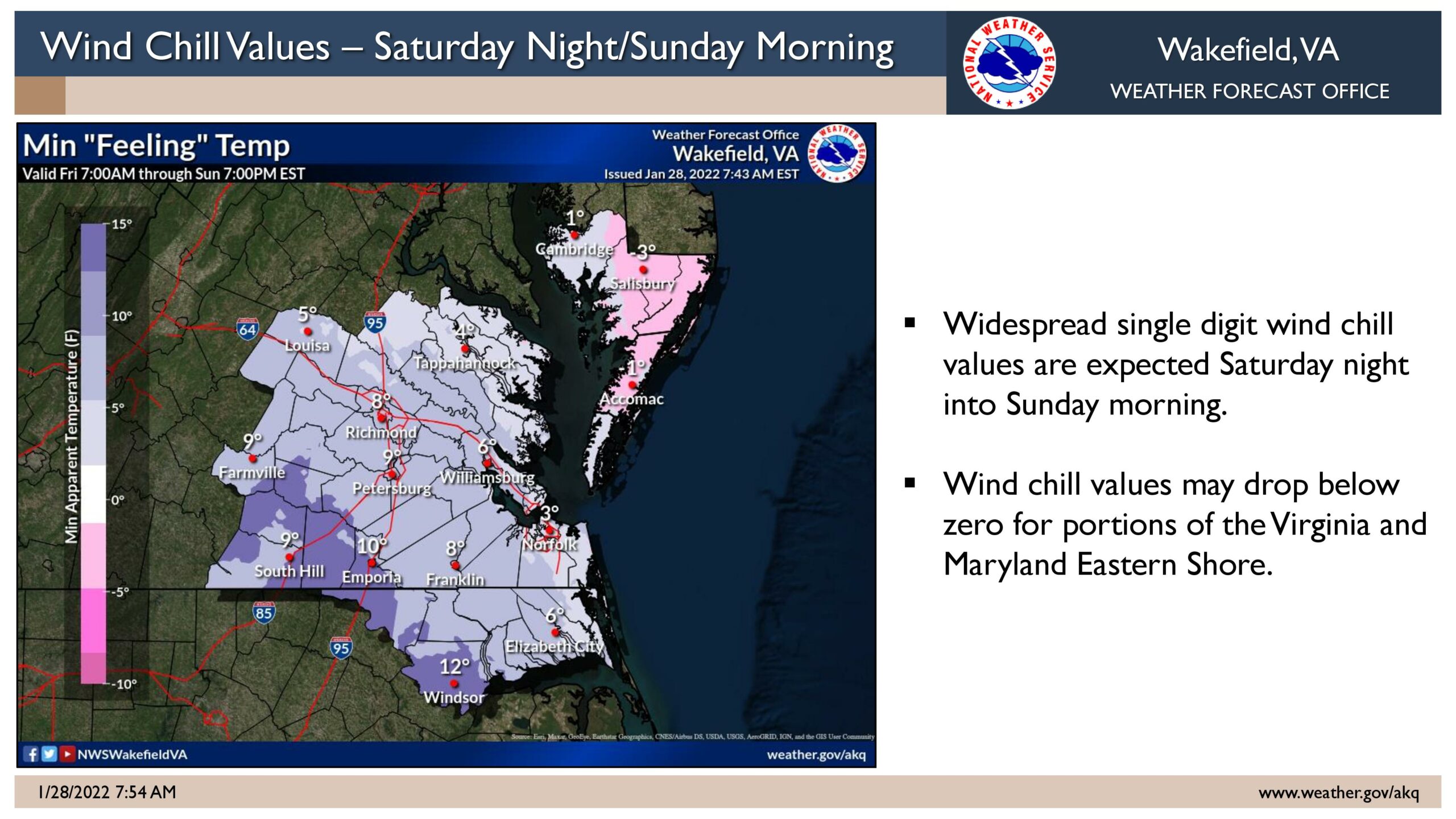 North to northwest winds of up to 30 to 40 mph with higher gusts are likely, which will cause minor soundside flooding of very low areas on Hatteras and Ocracoke is also possible of up to 2 feet of inundation. Minor ocean overwash over very vulnerable dune structures is possible from Oregon Inlet to Cape Point. A Wind Advisory has been issued for Duck to Ocracoke. 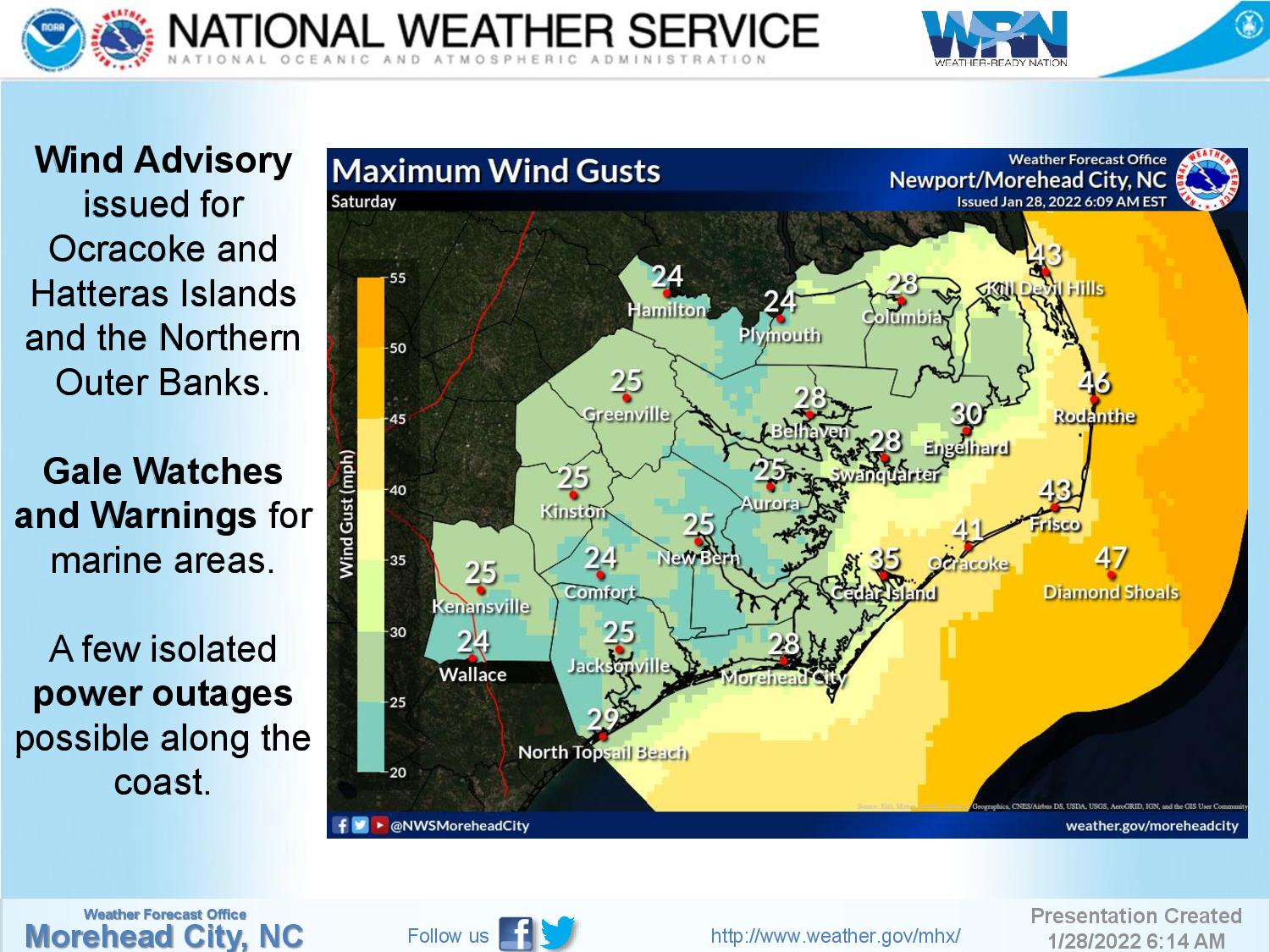 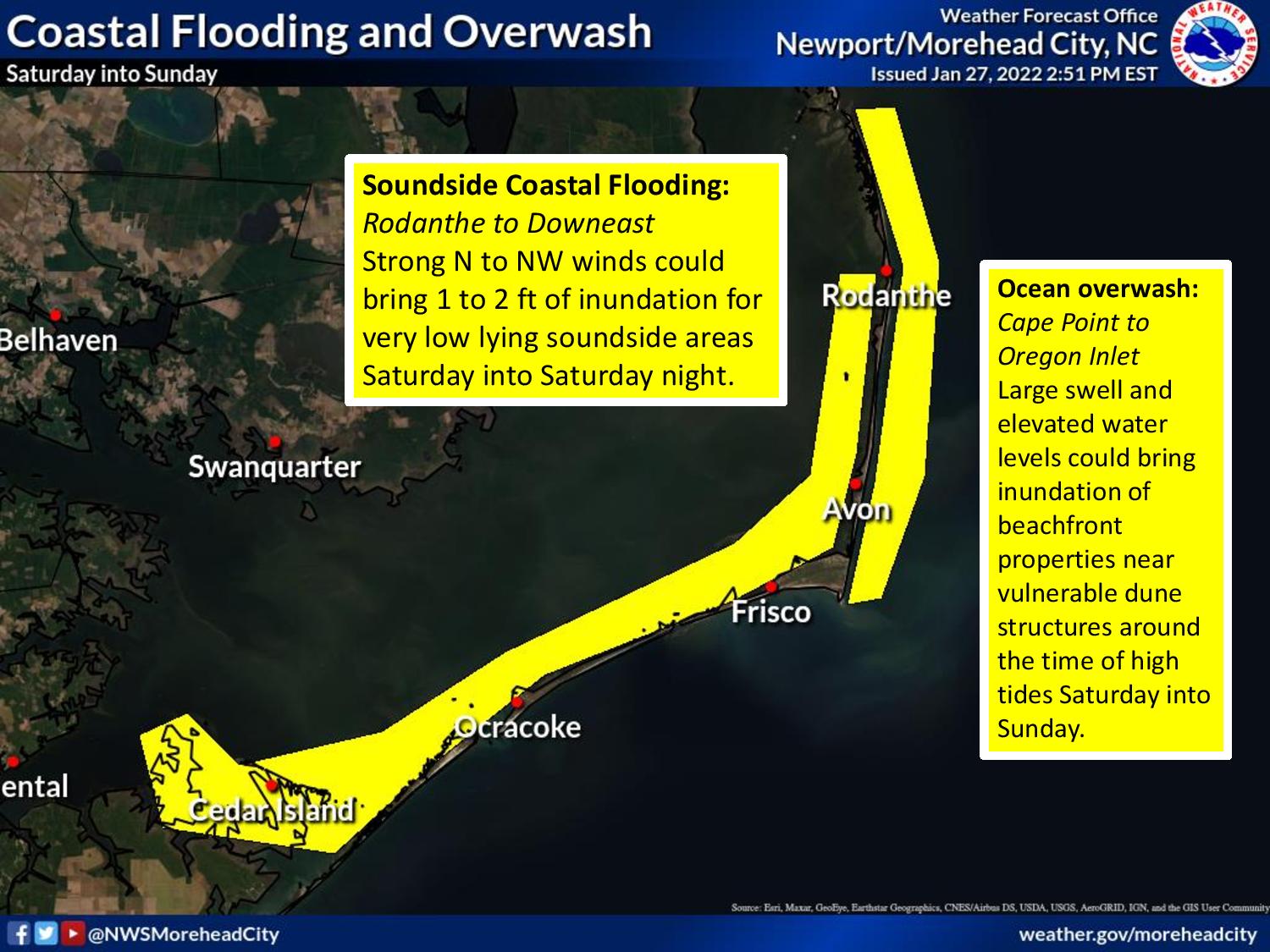 To find your local forecast: https://www.weather.gov/mhx/. Click on the map or enter a zip or city in the upper left hand box.  Once on that page, scroll through the forecast and don’t forget about the hourly graph at the bottom.