The Town of Manteo is gearing up for another commemorative celebration of the stars and stripes this Monday, July, 4, 2022, in front of the Dare County Arts Council building (the Old Courthouse) starting at 3 p.m.

Attendants will kick off the afternoon with a live rendition of National Anthem and presentation of both the United States and North Carolina flags. Kid’s games and activities, Independence Day trivia, a decorated bike contest (trike, scooter, and wagons welcome too), apple pie contest, delicious food, and summer treats will all be there for the enjoyment of friends and family.

Later that evening, all are invited to the scenic Waterfront Pavilion at Roanoke Island Festival Park for an Independence Day concert featuring the musical talents of 80’s cover band, The Deloreans, presented by the Town of Manteo. The concert is free and open to the public. The gates open at 4:30 p.m. and the show begins at 5:15 p.m.

Following The Deloreans, Roanoke Island Festival Park will host the 82nd Airborne Band & Chorus as they present a star-spangled salute to our country featuring patriotic music, at 7:45 p.m. The concert will conclude with an explosive array of fireworks.

A map detailing parking and road closures is provided below: 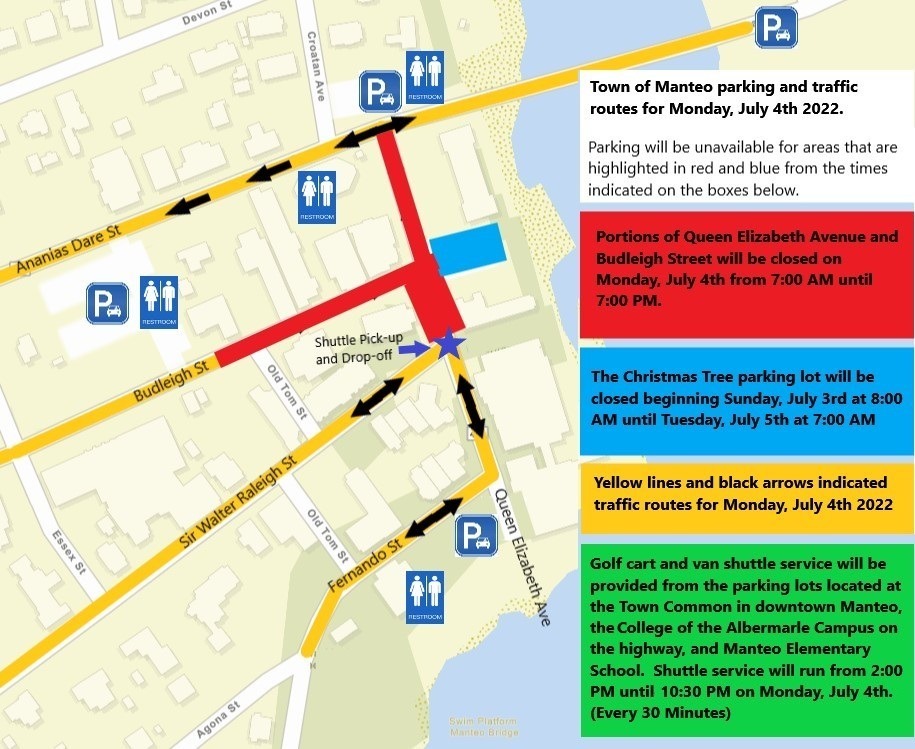