Batten down the hatches again, as another coastal low is forecast to develop off the southeast U.S. and rapidly deepen as it moves through our area late Tuesday into early Wednesday morning. 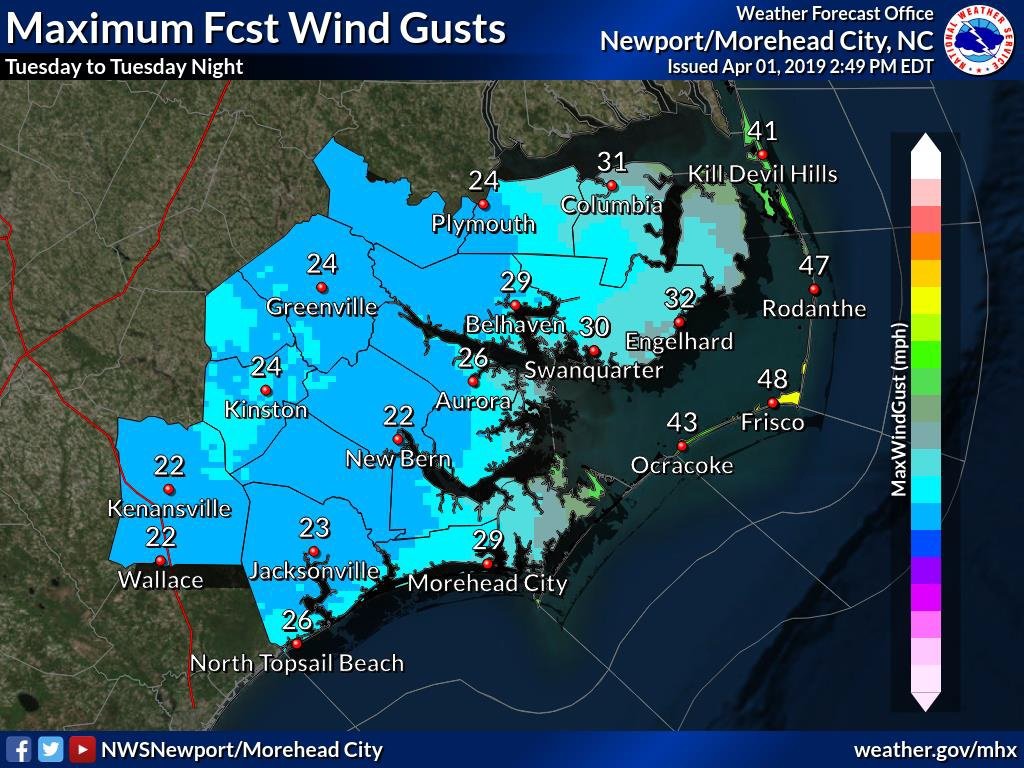 The National Weather Service says the system has the potential to produce strong winds, high surf, and minor coastal flooding concerns, with the greatest threat along the soundside of Hatteras and Ocracoke islands.

Beach 104 and 94.5 WCMS staff meteorologist John Bernier has more in this audio update:

Water level rises of one to two feet above ground on the soundside south of Avon are forecast, especially around the times of high tide around 9 p.m. Tuesday and 9 a.m. Wednesday. 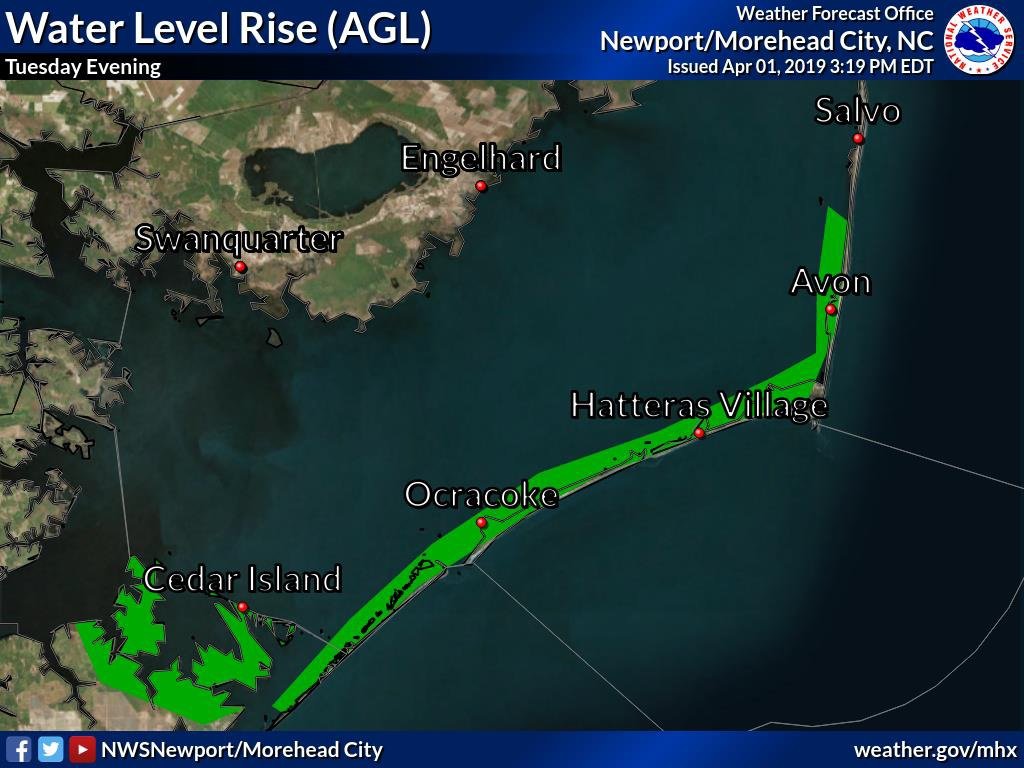 The system could also drop between one-half and three inches of rain, with the highest amounts predicted for Hatteras Island.

Once the latest storm moves out on Wednesday, there will be a brief lull before another low moves in from the midwest with more shower chances on Friday. Temperatures are expected to be above normal however, with highs in the 60s.