The National Weather Service Newport/Morehead City (NOAA) has announced several significant weather impacts that are expected across Eastern North Carolina through Tuesday, including a dangerous heat wave and a possible severe thunderstorm outbreak.

An increasingly hot and humid air mass will overspread the region starting today, Monday, June 13, and peak on Tuesday, June 14. The combination of heat and humidity will produce heat index values around 105 degrees on Monday.

The heatwave culminates on Tuesday, with record high temperatures around 100 combining with the very humid air mass to produce excessive heat, with heat indices 110 degrees or higher for much of the area. A Heat Advisory has been issued for today, with an Excessive Heat Watch for Tuesday.

An extremely unstable atmosphere will accompany the dangerous heat and humidity Tuesday, and there is a threat for a significant damaging severe thunderstorm outbreak to occur sometime in the afternoon to early evening hours.

At this time, the storm prediction center has upgraded the region to a ‘slight risk’ for severe storms, but if confidence increases that this outbreak will indeed occur, later upgrades may be necessary. Strong damaging winds of 60 to 80 mph, large hail, very heavy downpours with localized flooding, along with very frequent lightning, may all occur if storms develop Tuesday.

More formalized briefings will be issued if confidence increases on this potential significant severe thunderstorm threat. 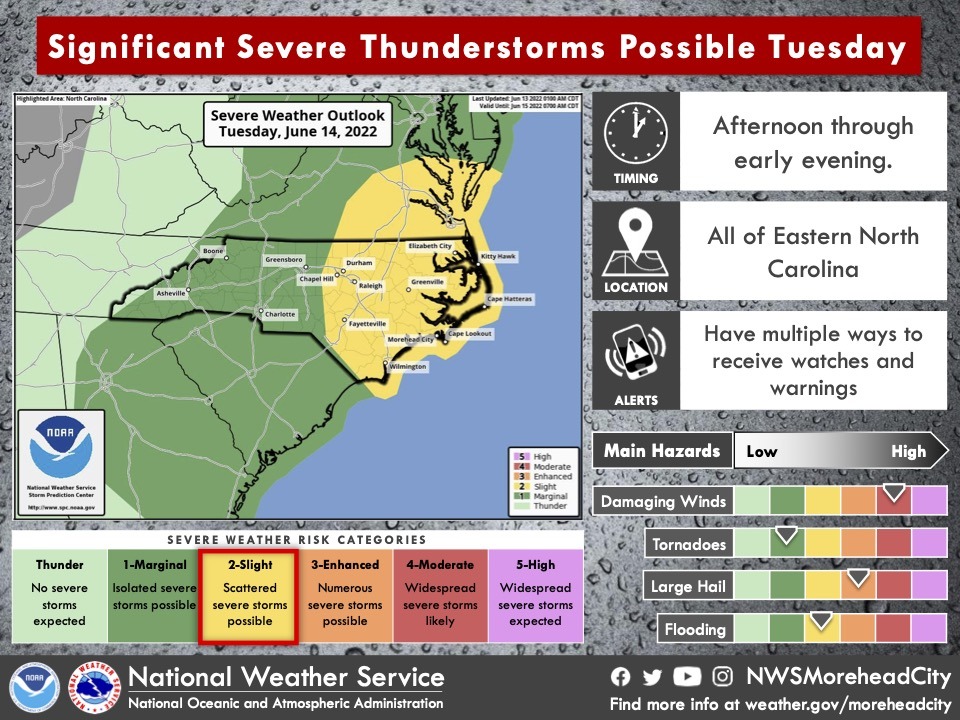