Damari was a freshman at the Northeast Academy for Aerospace and Advanced Technologies at Elizabeth City State University. Damari was a well-mannered, respectful, intelligent student with an infectious smile. To many, he was a loyal friend. A daymaker. His friends could confide in him and always count on him to give a positive word and make them have a better day. 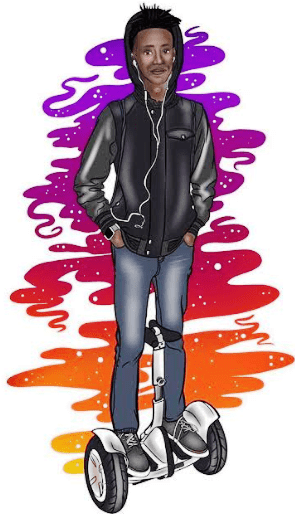 Damari enjoyed spending family time with his mom, sister, and grandfather. Just as much as he enjoyed his family, he enjoyed the latest cars, electronics and technology. He absolutely loved Cook Out! He was most known for his travels around Elizabeth City on his Segway. He was seen traveling around on his Segway with so much style and grace. The community has named him an “Elizabeth City Icon.”

Although we will greatly miss our son, brother, grandson, uncle, nephew, cousin, and best friend; our hearts continue to rejoice in knowing that he is at peace. Until we meet again…

A memorial mass will be celebrated at a later date at Holy Family Catholic Church. Friends may pay their respects singulary or in small groups of seven or less at Twiford Funeral Home on Thursday, April 2, 2020 and Friday, April 3, 2020 from 9 am to 6 pm, and on Saturday, April 4, 2020 from 9 am until noon.